Opposition benches meets Guv, tells him that “democracy is in peril” 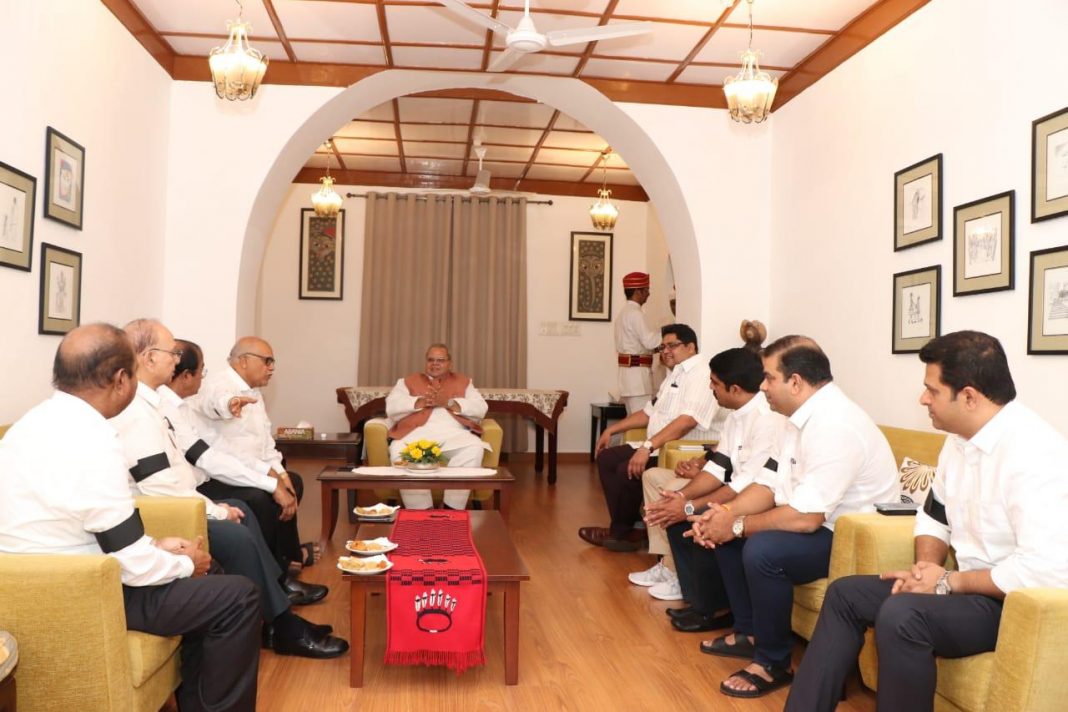 Delegation of opposition members led by Leader of Opposition Digambar Kamat met Governor at Raj Bhavan on Friday after they staged walk out from the ongoing assembly session.

The five-day-long Budget session of Goa Legislative Assembly will culminate on Friday, February 07.

The non-ruling MLAs are protesting against the arrest of Khaunte on Wednesday by Porvorim police after he was booked for allegedly threatening a BJP leader in the assembly complex premises.

In a memorandum that is submitted to the Governor on Friday, the united opposition termed the entire incident of the arrest as “murder of democracy”.

During their half an hour long meeting with the Governor, they also urged him to instruct government to immediately file police complaint against BJP leader Premanand Mahambrey, the complainant in Khaunte’s case.

“As a democracy is in peril, and as the facist demon tries to rear its ugly head, you sir, as the Constitutional head of the state cannot simply wait and watch the events that are unfolding from the sidelines,” reads the memorandum, copy of which was circulated to the media by the opposition after meeting Governor.

“We, therefore request you sir, to take cognizance of the above and seek your immediate intervention to prevent the murder of democracy and help preserve the democratic principles enshrined in our constitution by directing the government to immediately lodge a complaint against the bogus complainant and subsequently conduct an inquiry,” the memorandum reads.