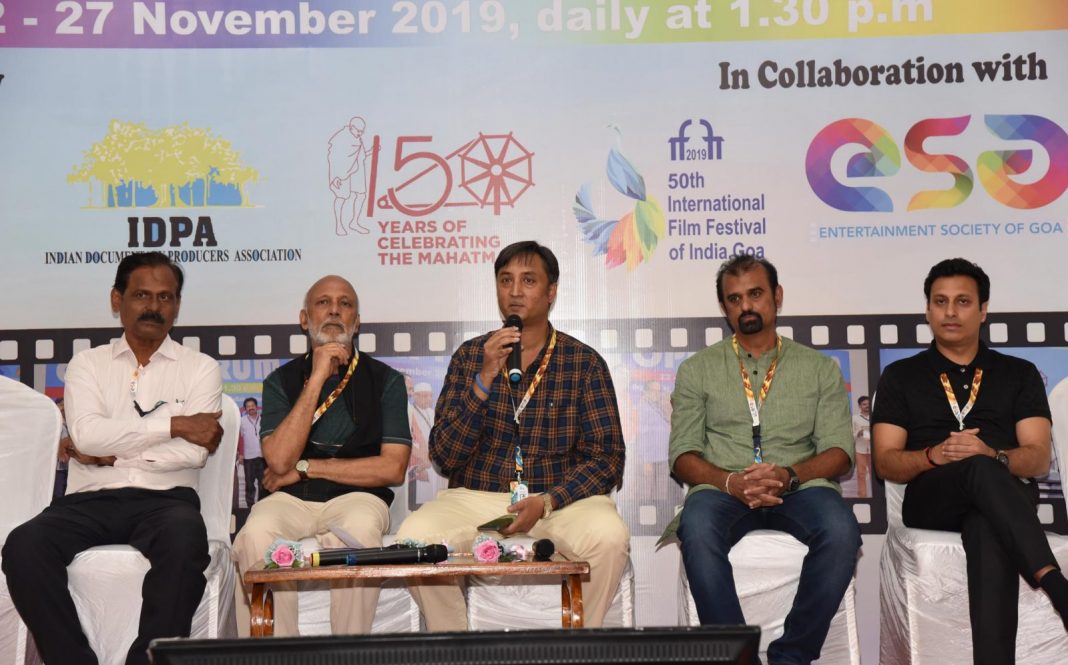 The open forum held at IFFI 2019 today brought to fore the urgent need for monitoring the quality of education being imparted by various film institutes in the country. Present were panelists – Filmmaker, Cinematographer and Script writer A K Bir, Filmmaker M K Shankar, Filmmaker Ajay Bedi and Head of department, SRM School of Film Technology, R D Balaji. The panellists also raised concern about the mushrooming of film institutes and the affect that it has in reality on students.

The session was moderated by Shashwat Gupta Ray, Resident Editor of  Gomantak Times who opined that there are more than 100 film institutes, almost 1400 mass communication institutes that claim to teach the art of filmmaking. “There is a huge population of people studying filmmaking; we need to think where they will get accommodated.” he said

All the panellists agreed that the skill set is important when it comes to film making and that more oftenthan not  the students who come out of film institutes are half baked and not with enough knowledge.

National Award winning director, cinematographer and scriptwriter A K Bir said the process of taking and imparting knowledge is very important part of development of a student. It is very important that in a creative field like filmmaking, a student should be allowed to have his or her imagination. Mr. Bir also emphasized on the need of grooming for youngsters. “When a young filmmaker comes, he or she has to spend some time in the field learning things. Also spent time with visiting faculty in order to get groomed.”

Renowned film maker M K Shankar opined that most of the film institutes are owned by politicians and that there is fad for acting. “The technical knowledge, no one wants. They come with pre-conceived notions and they are not open to absorb knowledge.” he said.

Director of “ The Secret Life of the Frogs” Ajay Bedi highlighted the need for a coach on filmmaking, “ It is very important to have coach to understand one’s strength and weaknesses and to be guided where to go, what to do” he said.

The Open Forum has been a regular edition at the International Film Festival of India for the past 31 years.

Previous articleTESLA Cybertruck from diesel engines to fully electric what has changed
Next articleMaking movies accessible will send out a message of inclusion: Dipendra Manocha & Animation films in India not getting state funding in India: Gitanjali Rao