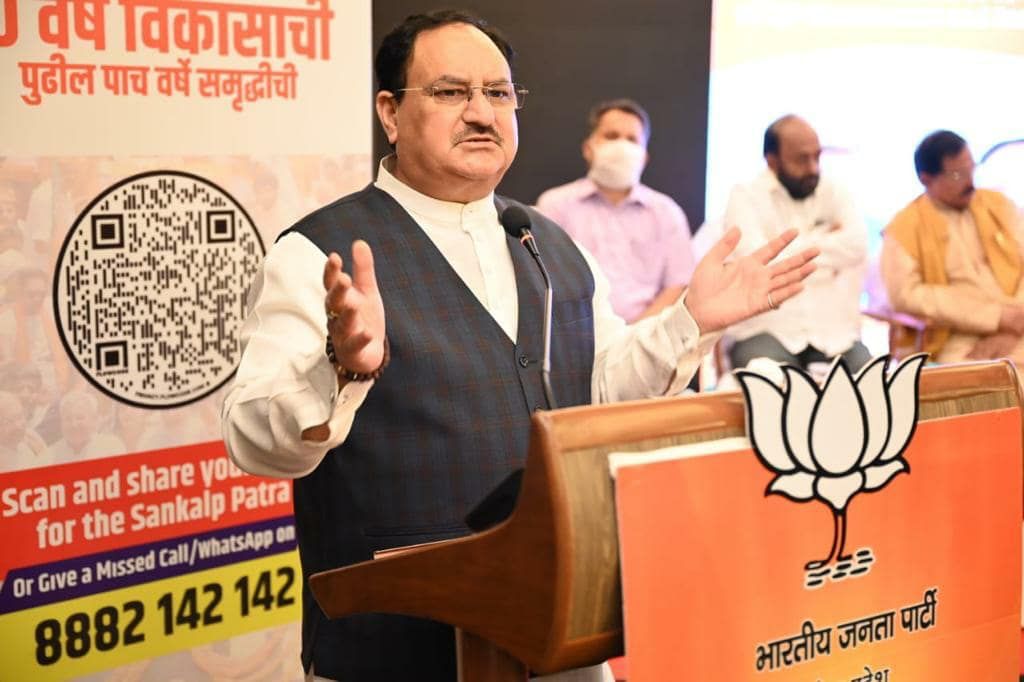 Nadda was addressing a gathering after launching report card of BJP led government in Goa for last ten years.

The BJP President said that the governments in the centre except that of A B Vajpayee and Narendra Modi have been involved only in making profits for themselves.

“India was considered to be one of the corrupt nation. We were under developed country,” he commented adding that from there we have risen to another level now.

“On international issues what Modi speaks, world listens, this is the situation we have to understand,” he said.

Talking about Goa, he said that state has grown in terms of infrastructure. Nadda recalled the days when, in absence of bridge, people had to ferry their vehicles across the river by a ship.

The BJP leader said that Goa has taken a giant leap under the leadership of former chief minister late Manohar Parrikar and his current counterpart Pramod Sawant.

He said that for the upcoming election, the party has began taking suggestions from the people, which would be included in the party’s manifesto.

“We will be taking Goa at a greater height,”

All the endeavour is to involve and evolve the people in the process of development, he said.

Previous article45 departments should be under scanner for Mega Job Scam: Youth Congress
Next articleMamata Banerjee may be like my elder sister, but no pre-poll alliance with her party in Goa: Kejriwal  Rupesh Samant