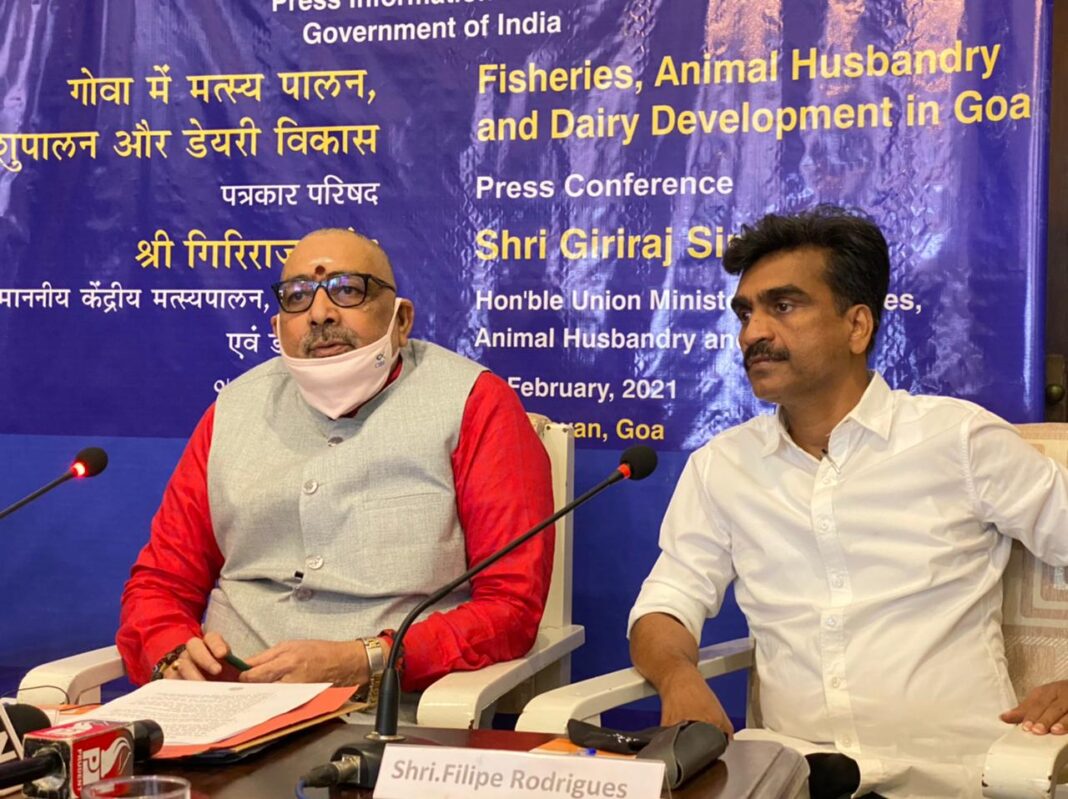 Panaji: Union Fisheries Minister Giriraj Singh on Sunday announced an investment in fisheries of Rs 400 crore in Goa to make the coastal state fisheries hub of the country.

Singh told reporters at Raj Bhavan at Dona Paula, near here that Goa has the capacity to become fisheries hub of the country.

“Central government has already considered Rs 400 crore investment in the fisheries sector of Goa, which would be jointly raised by union government, state fisheries board and others,” he said.

Singh said that the union government has already sanctioned Rs 41.47 crore investment to the state, which will revive the fisheries industry and also will provide safe fishing for the fishermen of the state.

The union minister said that the plan to revive fishing includes creation of 30 fish landing jetties, so that the fishermen can anchor their boat near their villages.

“These jetties would be linked to the mainstream by constructing road infrastructure,” he said pointing out that Goa already has nine landing jetties, which are used for fishing and tourism purpose.

The central government will also appoint a ‘Sagar Mitra’ to each of the 70 fishing villages in Goa, who will help the fishermen liason with the government.

Singh said that CSIR-National Institute of Oceanography (NIO) has surveyed that 200 square kilometers of area is feasible for cage culture in Goa.

“The issue was raised with Tamil Nadu based Central Marine Fisheries Research Institute (CMFRI) who has certified that 72 square kilometers of area off Goa could be brought under Cage culture considering the fact that the state government will have to ensure that the tourism is not affected,” he said.

The minister said that the area of 72 square kilometers has a capacity to install 30 lakh cages.

“ This will encourage safe marine cultivation for the fishing sector. Goa has a potential to have highest production of fish in the country,” he said.

Singh said that this will also provide necessary support for the fish processing units located in Goa are dependent on Karnataka and Maharashtra for the raw material.