No sympathy wave for BJP after Parrikar’s death: Girish Chodankar 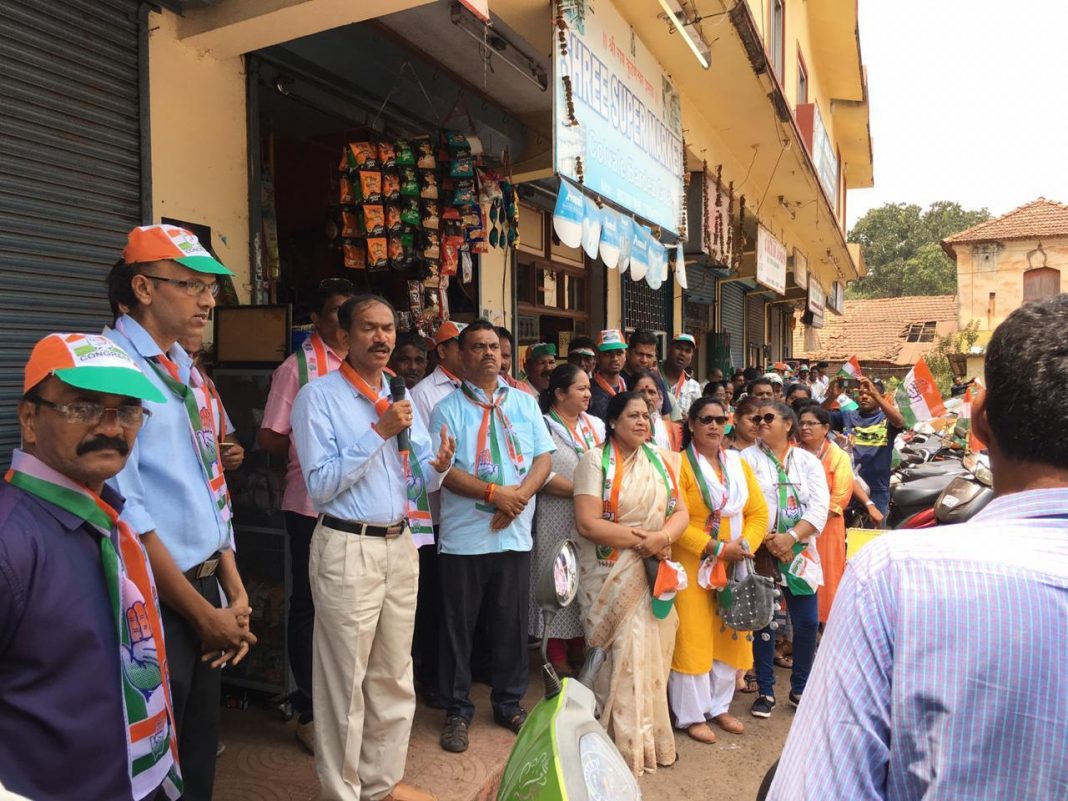 Panaji: Congress candidate from North Goa Lok Sabha seat, Girish Chodankar, has claimed that there was no sympathy wave for the ruling BJP after the death of four-time chief minister Manohar Parrikar.

He also said the Maharashtrawadi Gomantak Party’s move of joining hands with the Congress has improved his party’s poll prospects in the state.

“Contrary to the expectations of the BJP leaders, there is no sympathy wave for the party after Parrikar’s death,” Chodankar told  on Friday during his campaign trail.

There is a small section of BJP workers, who are still carrying the sympathy plank in the election, but not the entire party, he said.

“A small percentage of voters might get carried away with the feeling of sympathy. But by and large, there is no such trend among the voters, who are determined to get Congress elected to power,” Chodankar, who is also the head of Goa Pradesh Congress Committee (GPCC), said.

Parrikar died on March 17 this year after a year-long battle with a pancreatic ailment.

Chodankar said MGP’s support has boosted the poll prospects of Congress’s both the Lok Sabha candidates in Goa.

MGP’s relations with the BJP soured after its leader and Deputy Chief Minister Sudin Dhavalikar was dropped from the cabinet last month.

Goa Chief Minister Pramod Sawant had said he had to drop Dhavalikar from the cabinet as he “failed” to adhere to the common minimum programme of the coalition government.

The MGP, which won three assembly seats in the 2017 polls, was one of the key allies in the BJP-led government in the state.

“MGP joining hands with us is a big boost to our prospects. MGP workers are aggressively campaigning in various assembly constituencies in support of me and also our South Goa Parliamentary seat candidate Francis Sardinha,” he said.

When asked whether Congress was eyeing a long-term association with the MGP, Chodankar said it was up to the latter.

“But we have always been saying that the parties which are against the BJP should come together, provided they have a common agenda to protect Goa and the Goan identity,” he said.

The Congress leader said that he has been receiving tremendous support from the people belonging to mining, tourism and other sectors, who have “determined to defeat the BJP”.

Election to the two Lok Sabha seats and three assembly bypolls in the state will be held on April 23.