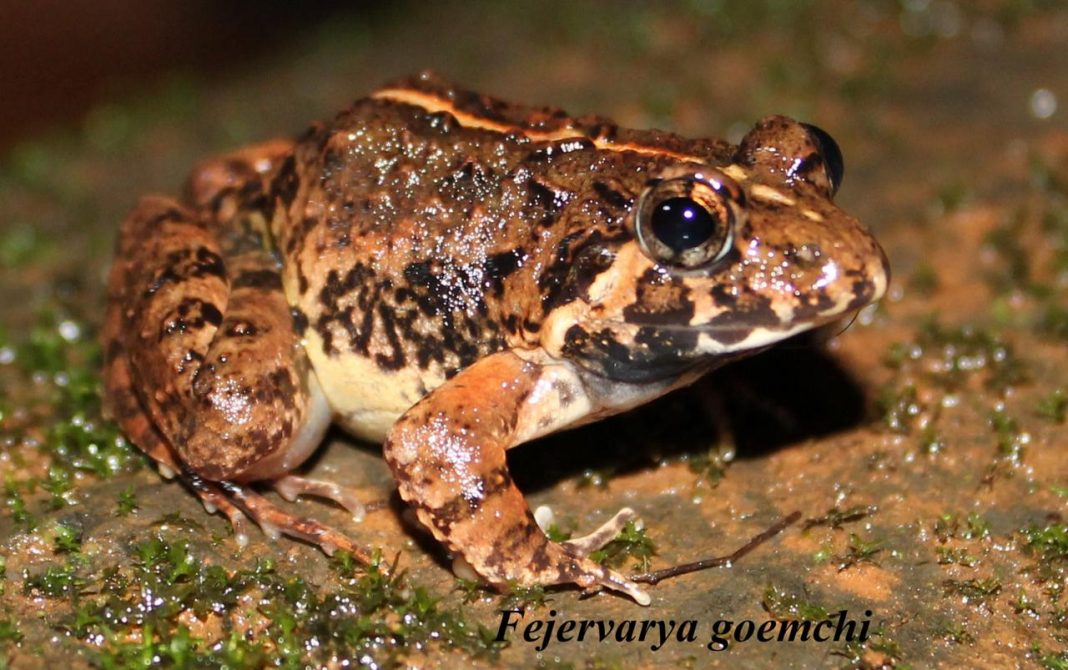 Panaji: Zoological Survey of India (ZSI) has updated checklist of Indian Amphibians summing up its decadal exercise, which has listed twenty species as ‘critically endangered’, a senior official said.

Environmentalist Nirmal Kulkarni, who was part of ZSI’s exercise of updating the checklist of amphibious species, said that there has been increase by 150 per cent in the documentation compared to the list prepared in the year 2009, over a decade back.

“A comprehensive Checklist of Indian Amphibians has been updated and launched on the Zoological Survey of India website. This checklist has been uploaded on  May  15, 2020,” said Kulkarni.

“Since 2009, Scientists of the Zoological Survey of India in collaboration with other Indian institutes have been updating the Indian amphibian checklist periodically,” he said.

The Goa-based environmentalist said “in 2009 the total number of Indian amphibian species recorded in the checklist was 284 while now, after a decade the checklist records a 447 species, which is more than 150 per cent  upsurge in documentation in one decade.

“The updated checklist includes systematic classification with scientifically updated species names and year of discovery with their International Union for Conservation of Nature (IUCN) Red List conservation status, available till April 2020,” he said. Kulkarni said that the systematics followed is after Amphibian Species of the World database and, the nomenclature after the International Code of Zoological Nomenclature (ICZN) codes.

“Among the amphibians listed, 20 species are treated as Critically endangered and 35 species as Endangered,” he said.

“The checklist highlights 19 per cent of amphibians as data deficient species and about 39 per cent as not assessed as per Red List conservation status of IUCN,” he said.

A data deficient species is one which has been categorized by the IUCN as offering insufficient information for a proper assessment of conservation status to be made.

He said that this updated comprehensive checklist will help students of Herpetology, researchers and conservation scientists as well as policy makers to understand the diversity of Indian amphibians and their up to date nomenclature.

Previous articleCOVID-19: A lady passenger on Delhi train tests positive, tally rises to 16
Next articleGoans arriving on Delhi train made to shell out 2k for their COVID-19 test