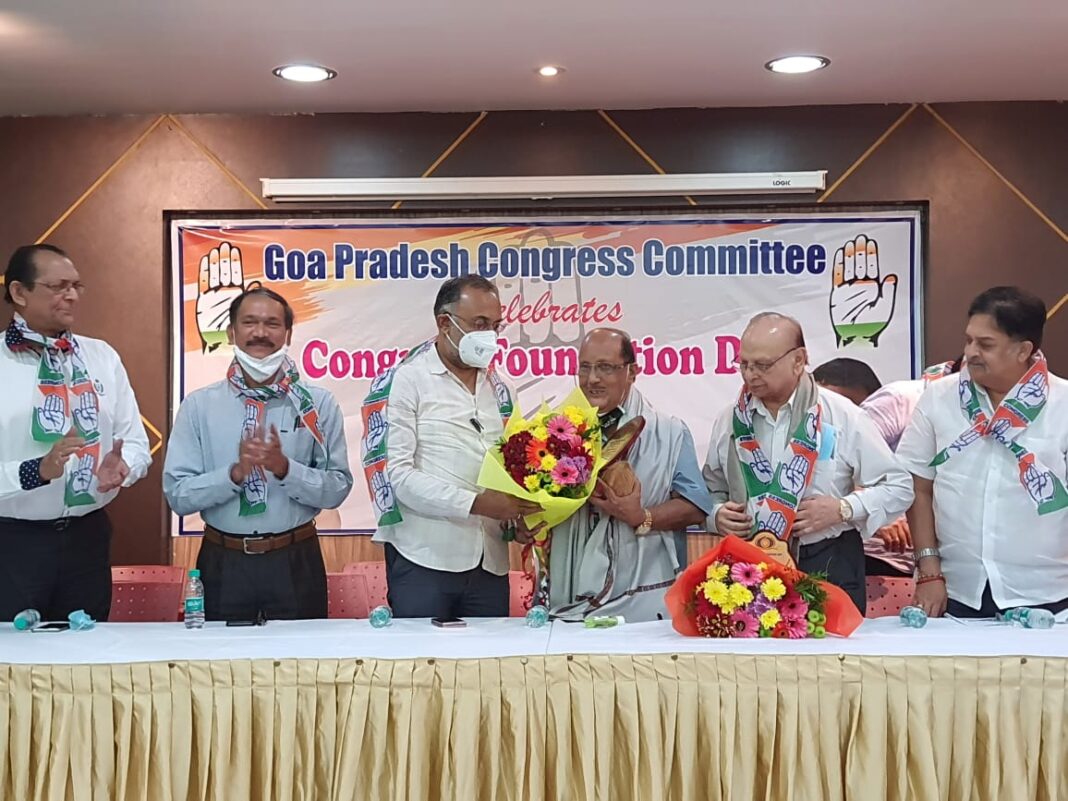 Panaji: Whilst attacking BJP, the Congress state in-charge Dinesh Gundu Rao on Tuesday said that negative forces want to destroy and demolish Congress, so they can weaken the nation and democracy to do as per their wish.

“We will not allow that to weaken our nation and suppress the voice of people.” Rao said.

He was addressing the gathering of Congress, who celebrated 137th Foundation Day at GCCI Hall, Panjim. GPCC President Girish Chodankar, Senior leader of Congress and MLA Pratapsingh Rane, MP Francis Sardin, M K Sheikh and others were present on the occasion.

“Foundation of the nation is under threat. Country is becoming and it is in disarray. We are losing faith in institutions, parliament, democracy as everything is manipulated.” Rao averred.

He said that people of the nation are afraid to speak and express their views. “People know that they will have to face repercussions, attacks and humiliations if they speak against the wishes of the ruling party.”Rao lamented.

Rao said that the Congress Party has always fought against injustice and 137 years of its foundation is a reflection of Indian history. Our leaders were assassinated while fighting for the rights of the people. “Congress represents voice, aspiration, and hope of minorities, weaker section, tribal, dalits. We have always given them strength and will always give.” He said.

He said that BJP has weakened the democracy of Goa. “we need to accept the challenge to strengthen the foundation of the nation and also of Goan democracy.” He said.

“ Congress fought for liberation of Goa, Opinion poll and statehood. Our leaders have made great contributions for Goa. Now elections will decide about the future and identity of Goa. Our Goemkars will firmly decide on it by destroying negative force.” Chodanakar asserted.

While attacking BJP, Chodankar said that policies used by the British are now used by BJP to divide people. “BJP has brought many political parties in Goa to split the votes.” He said.

Pratapsingh Rane, while narrating the events of the last 50 years of Congress and Goa, said that Goa is progressive state. “we need to take it ahead.” He said.

Others also spoke on the occasion.