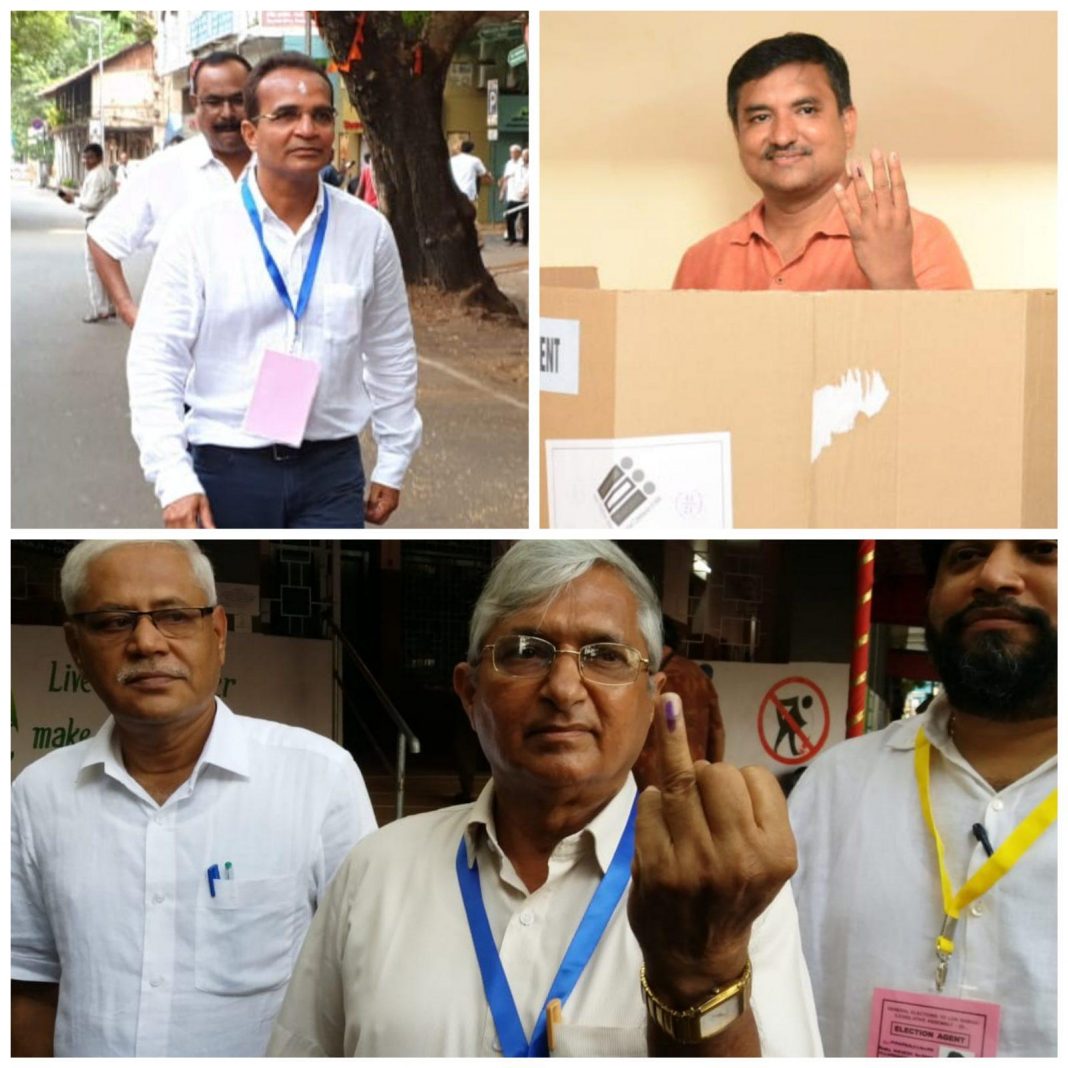 Panaji: Nearly 30 per cent of the voters voted for Panaji assembly by-election during the first three hours, which saw smooth polling.

The by-election in Panaji assembly constituency has been necessitated due to demise of former chief minister Manohar Parrikar. Long queues were seen since morning outside polling booth but later, there was a lull in response by the voters.

“Nearly 30 per cent voting has been reported till 10 a.m. ,” a senior official from Chief Electoral Officer said.

BJP’s former MLA Siddharth Kunkolienkar is pitted against Congress’ Atanasio Monserratte in this crucial by-election, which will decide whether Amit Shah-led party will retain its 25-year-old hold over the constituency.

Former RSS chief Subhash Velingkar is contesting on the ticket of political outfit Goa Suraksha Manch, which is mentored by him since the year 2017.

Around 22,000-odd voters are eligible to vote in 30-odd booths in this constituency, which comprises the capital of the State.

AAP has fielded its leader Valmiki Naik from this constituency.

Kunkolienkar and Velignkar were amongst the early voters, who exercised their franchise early morning as soon as voting started at 7 a.m.

“The people of Panaji have decided to vote for BJP as they know the kind of development that is done by the party in last 25 years. There is no doubt that we will win the election,” he said.

Kunkolienkar, who has represented this constituency in 2015 and 2017 elections, said that the city will get a makeover under central government’s Smart City project.

Monserratte said that he has been asking for votes on the agenda of development. “I will be on the streets for next two years. I have asked voters to give me a chance, once and then decide,” he said.

Previous articleVote for the sake of Panaji: Siddharth Kunkolienkar
Next articleHope you have voted for me, Babush asks a BJP leader