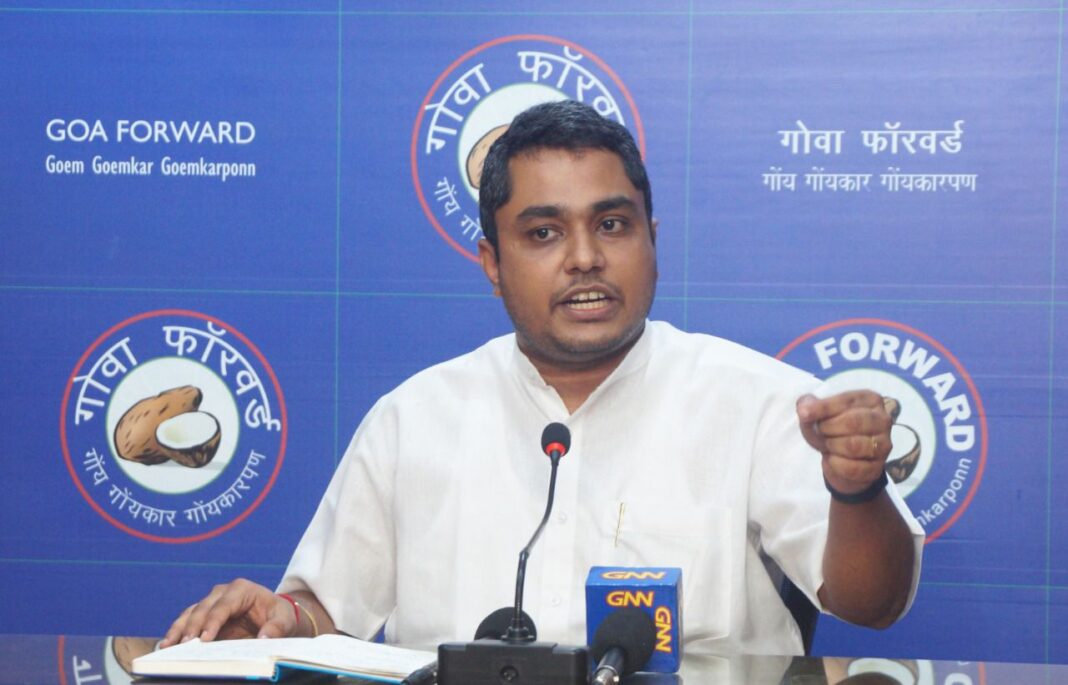 Panaji: The Goa Forward Party on Monday alleged that Town and Country Planning on 29th December convened an urgent meeting and converted lakhs of Square Meters orchard land to settlement belonging to Acquilla Properties Pvt Ltd.
Durgadas Kamat, General Secretary (Org), on Monday addressed a press conference in Panaji and said that ruling Govt has begun the mega loot on the eve of elections.

He said that TCP Officials and board members have done this on behest of one lady lawyer from Panaji. “She is operating a ‘collection box’ to convert lands and these officers are swiftly converting the lands.” He said.

“This is blatant loot by TCP as without any scrutiny they have converted the land. Hence, the permission given should be revoked. “Kamat demanded.

“Officers should not fall prey to these collection agents . This corrupt Govt will go home soon. Then officers will have to face the action for whatever wrong deeds they are doing to allow loot of state coffers.” Kamat said.

“This is a big racket going on in the TCP department, which we will expose further too.” Kamat said.