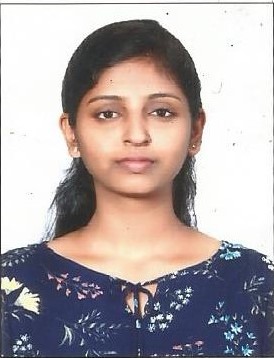 Mapusa: Final year Engineering student, Shrutika Anant Gadekar from Shree Rayeshwar Institute of Engineering and Information Technology, Shiroda has developed a path-breaking early diagnosis model of Breast Cancer using Machine Learning along with her team Sweta Divya, Ramesh Bhise, Simran Bepari and Aishwarya Singh Gaur. Shrutika cited that her detection technique will diagnose the disease at a much less time as compared to other prevalent tests like mammograms, ultrasound, and biopsy.
Tell us more about your project?
Breast cancer is cancer that develops in breast cells. Typically, the cancer forms in either the lobules or the ducts of the breast. The uncontrolled cancer cells often invade other healthy breast tissue and can travel to the lymph nodes under the arms. Hence it is necessary to detect and stop the growth of these unwanted cells as early as possible to avoid the next phase consequences. If a tumor is diagnosed then the first step taken by the doctor is, they check whether the tumor is Benign or Malignant as the treatment and prevention methods of both the tumors are different.
Through our project we aim to differentiate between Benign and Malignant cancer cells through our model using image dataset.
What was the idea behind your project?
Breast Cancer have become a common cancer encountered disease since last decade. It generally occurred in elderly women due to some hormonal changes in them. But, in recent times it was observed that middle-aged women also suffered from Breast Cancer and mainly because of the lifestyle changes. This led to increase in the number of Breast Cancer patients worldwide. Though curable if detected at early stages, there was a need for a technological advancement that could detect it precisely at a faster rate.
There are many tests like mammograms, ultrasound, and biopsy that successfully detect breast cancer but are time-consuming. Machine Learning algorithms solved this issue to a certain extent as they were capable of giving accurate results with higher precision in a reasonable amount of time.Our project aims to build a model that is highly relevant and gives the desired output.
How much do you think it will eradicate the growing problem of breast cancer?
According to us, it will help to a great extent since our model aims to detect the cancer at early stage which will help in the further treatment of the patient.
Do you think our healthcare industry is ready for such advancements?
Yes, in recent times mainly due to the current pandemic the world has realized that there is a need for advancement in healthcare industry and since cancer is increasing at an alarming rate, advancement is the need of the hour.
How your new technique is going to help in breast cancer treatment?
Our model will help to detect the cancer precisely at a faster rate which indeed may increase the lifespan of the patient if treated properly.

Previous articleCongress capable enough to intercept and destroy rockets fired from NDA territory- Girish Chodankar
Next articleDMA and SEC must not come under pressure of super powers in BJP govt. and announce municipal dates and ward reservations on merit- Digambar Kamat