Mamata Banerjee says TMC will win, if someone wants to defeat BJP, let them support us 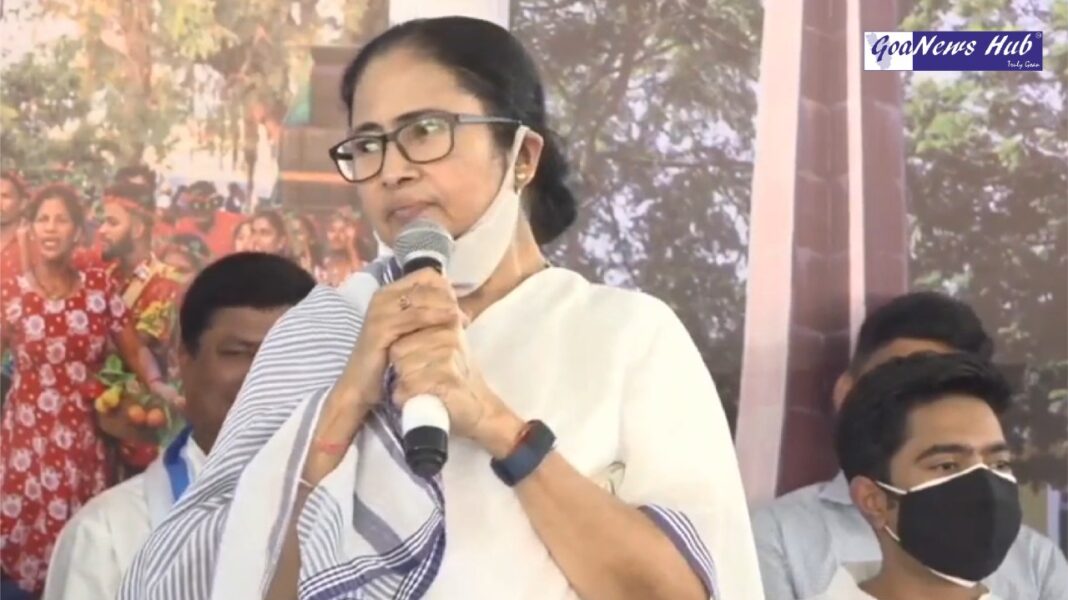 Panaji: Trinamool Congress Party (TMC) chief Mamata Banerjee gave a slogan of “Khel Jatlo” on the lines with the popular “Khela Hobe” in the state of Goa stating that if anyone wants to defeat BJP, it is for them to support her party.

On the first day of her two day long Goa visit, the West Bengal chief minister expressed confidence that her party will win the upcoming assembly elections along with MGP.

“If anyone wants to defeat BJP, then it’s up to them to support us,” she said.

Banerjee said that she has a plan for Goa, just the way she had for West Bengal, which will be implemented in the coastal state within six months of coming to power.

She said that her party had not thought of contesting in Goa but when it was realized that other parties were not giving fight to BJP, TMC decided to foray in the state election.

“All these years we did not come to Goa but we realized that no one was doing anything. No one was fighting against BJP. That is why we thought to come here,” she said.

“We want to work with you (in eliminating BJP) but we will fight (on our own). We won’t listen to you and do ‘half understanding’ with BJP,” she said.

Banerjee said that there will be “Khel Jatlo” (on lines with Khela Hobe) in Goa. “BJP ke khilaf me khela hobe, khel jatlo, BJP hatao (There will be Khela Hobe against BJP,” she said.

She said that both the states have films and the football amongst the various factors that connects each other. Banerjee said that several football legends from West Bengal would be arriving in Goa to campaign for the party along with the local leaders.

The former Union Railway minister claimed that she had given lot of support for Konkan Railway Corporation Limited’s project in Goa during her tenure. “I had also come for the inauguration of the project. That time, we never thought of contesting from Goa,” she said.

She termed Goa as “cute, beautiful and very intelligent” state.

The West Bengal chief minister accused BJP of creating fake video by showing the visuals of Bangladesh as being in West Bengal to project human rights violation.

“Let them do it. Let us fight, let us work, that’s why we have come here. We have not come here to control Goa or become CM. Goan people will be the face, we will help them with our experience,” she commented.