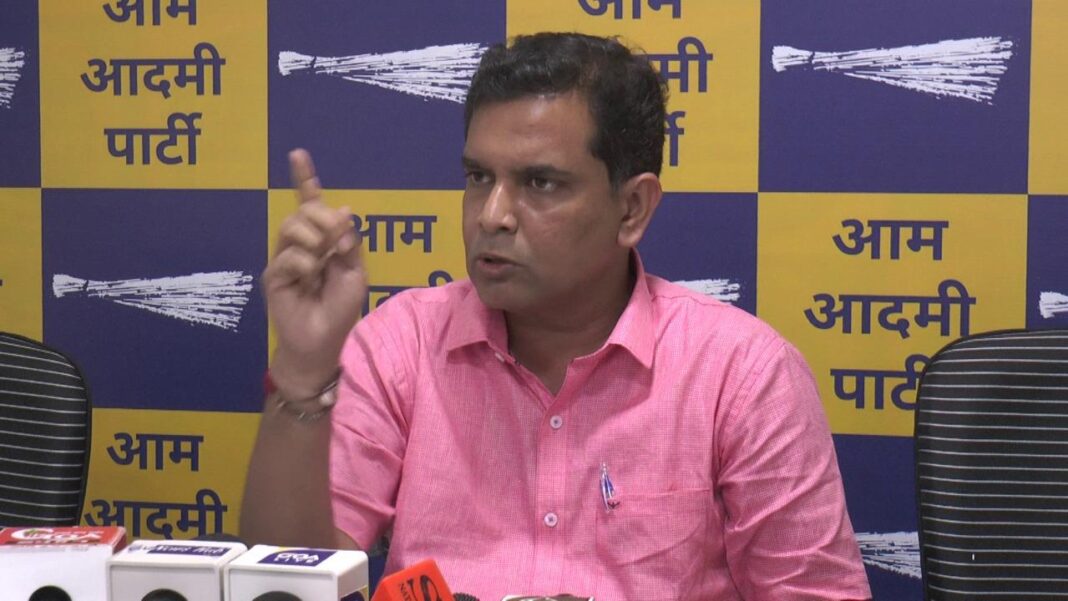 Palekar alleged that the principal of the government polytechnic college and a lecturer of the college were involved in the manipulation of government jobs. There have been 316 appointments by the PWD so far, of which no one was appointed on merit. Palekar has also claimed that no process has been followed during recruitment and that people have been appointed before appointment letters are issued.

Palekar said, “Staff Selection Commission is as good as redundant. The government refuses to provide any information as to why recruitment is not conducted through Staff Selection Commission. Ministers even meddled with the Goa Board of Secondary Education. Blank papers are being checked, blank papers are being filled in, and failed people have been given appointments.”

Palekar claimed that the health minister Vishwajeet Rane hired Kaliya Gaonkar a retired staff from GMC and Director Dattaram Sardesai to do the manipulation in the health sector. “Kaliya is a retired staff and there is no appointment of extention of duties from the government and still she is continuing working there”, he said.

He said, “One of the biggest scams happened in the Food and Drugs department while hiring PSIs and police constables. Here, manipulation happened in terms of candidate’s height. Candidates who did not meet the requirements reached the third stage of the recruitment process.”

“I call upon the government that consider my two press conferences as the first information and conduct raid immediately in the Yatri Niwas beside GMC and  Government Polytechnic college. As a concerned citizen, I demand to appoint a retired HC judge to initiate judicial probe into the matter”, Palekar said.

He further said, “If CM Pramod Sawant didn’t initiate the action against it, then he has to admit that he is also involved in the matter and should resign from his position as a CM. This kind of manipulation is happening in all government departments. Recently, their own ministers has also raised this issue. The government is playing with the people of Goa and the future of youth of Goa. Favoritism in giving jobs is injustice to the Goan youth”.

Previous articleMamata Banerjee says TMC will win, if someone wants to defeat BJP, let them support us
Next articleWe have formed alliance in Goa, if Cong wants it can join us: Mamata Banerjee