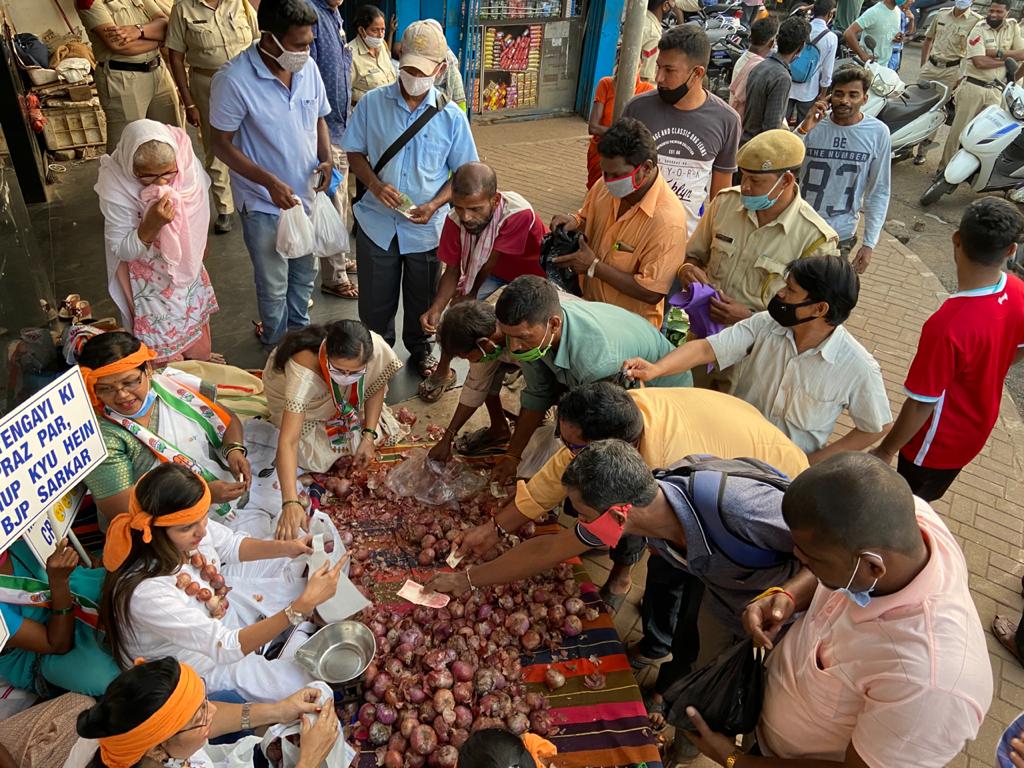 Panaji: Continuing their demonstration against the government over the spike of onion prices in the state, Goa Pradesh Mahila Congress members led by president Pratima Coutinho on Wednesday sold onions at Rs 25 per kg in Valpoi.
Critisising the government Coutinho said, “Government should feel the pain of public as there is inflation. During festive season also people have to suffer. And onion being perishable goods is used on most of the items. 1 kg onion is not enough govt shld sell onion at subsidise rates.”
“Govid Gaude, Praveen Zantye, should understand this issue and make available onion at cheaper rates. BJP Mahila members are not bothered they should tell their own government to sell the onion at cheaper rates. They are just sitting in office and we protest against governement as anti-farmer. We will continue the protest and mocking the government,” Countinho added.
Earlier, the Congress women wing had carried out protest at Margao and Ponda at onion prices touch Rs 80 per kg in the state.
- Advertisement -