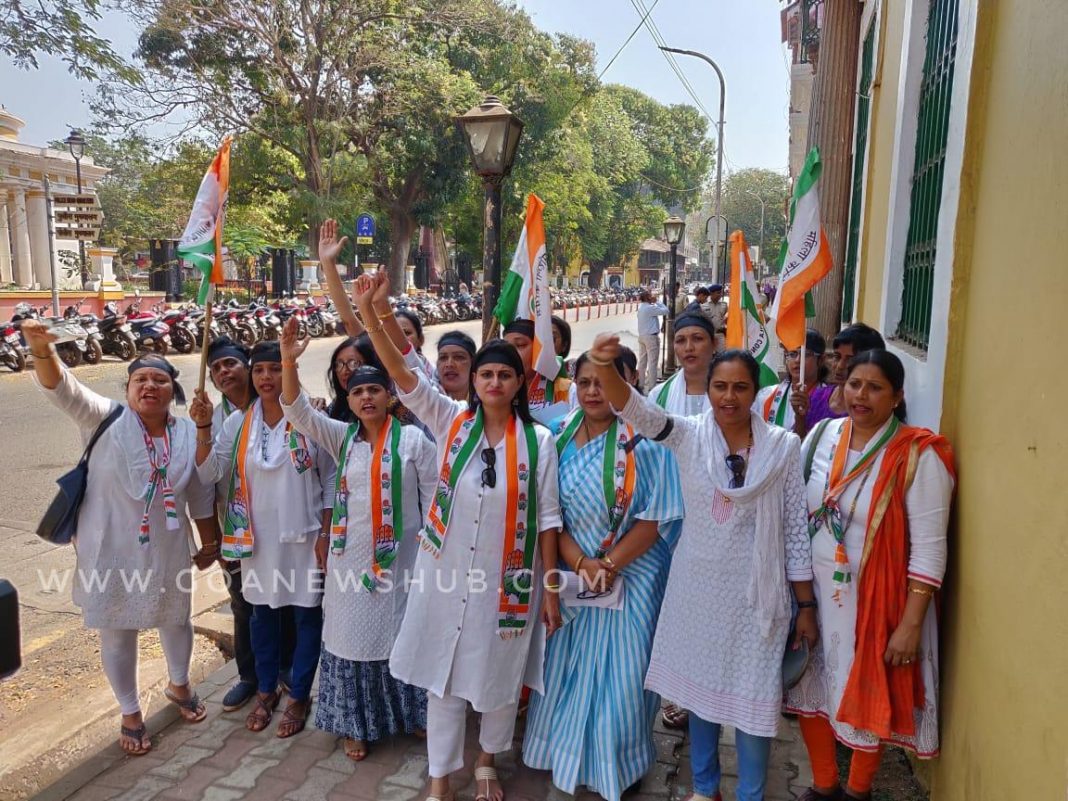 The 20-member-delegation led by GPMCC Chief Pratima Coutinho handed over the letter.

Talking to reporters, Coutinho said “today 20 member delegation have addressed to DGP and given our complaint along with the proofs attached.”

“There is a hatred  campaign going on by BJP guys who are employed in the IT cell. They are paid to do a hatred campaign. They have crossed all limits. They have outraged modesty of women,” she alleged.

“Complaint is against unknown person for spreading offensive and distasteful pictures of Priyanka Gandhi Vadhra,” she added.

“ It is a coordinated efforts to smear the name of Priyanka Gandhi. The distasteful offensive and vulgar posts are posted against her,” Coutinho alleged.

We have demanded to the DGP that this is to diminish credibility of Priyanka Gandhi. They are circulated with intention to malign her image. The offence should be under IPC and Information Technology act, she said.