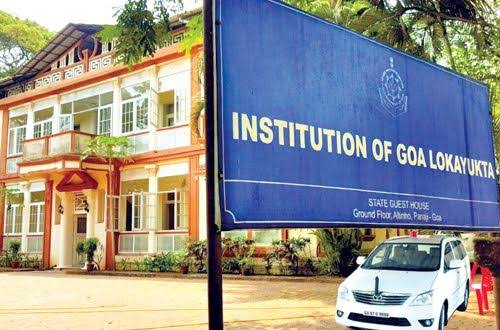 Ribandar:  The Lokayukta has ordered that State government or Director General of Police should take the decision on whether to transfer or suspend or both, a senior Police Inspector, holding him guilty of not filing First Information Report (FIR) despite a complaint of trespass by a businessman.

Lokayukta Justice (Rtd) P K Misra has issued the directions last week in his order in the complaint filed against Calangute Police Inspector Nolasco Raposo by a businessman.

“There is clear allegation alleged about theft and trespass which are obviously a cognizable offences as per CrPC available in this institution,” Lokayukta said in an order further adding “Possible, in the CrPC made available in the Police Station such offences might have been shown as non cognizable offence and may be for that reason the PI thought it proper not to register FIR.”

The order, delievered on September 16, 2020, reads: Since there were clear particular allegation of theft and trespass, which are cognizable offences, the Police officer was bound to register FIR, and at that stage the police officer was not supposed to make preliminary inquiry relating to veracity or otherwise of the allegation contained in the FIR as per decision of the Supreme Court.

Lokayukta has said that it has come to the notice that, not only in this case, but almost in every case, police officers are violating such direction of the Constitution Bench of the Supreme Court and the higher officers namely Inspector General of Police and Director General of Police are not at all bothered to start any disciplinary proceedings against such officers in charge of police station even though the Supreme Court has categorically stated that the persons, who are not discharging their duty should be penalized.

Referring to the current complaint, Lokayukta has said that Raposo has “clearly violated” the direction contained in the Constitution Bench decision of the SC.

“It is therefore directed that appropriate disciplinary proceedings should be initiated in accordance with observation of the SC against Raposo. The question as to whether such officer should be suspended and/or transferred, matter required to be considered by the DGP or State government,” it added.