Lifeguard agency advices people to stay from venturing in the Sea 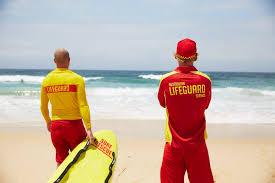 Panaji: Drishti Marine, the state-appointed professional lifeguard agency, on Thursday has adviced people against  venturing into the beach with the monsoon expected to hit the state anytime from now.

“With moderate to heavy rains expected to lash various parts of Goa over the next few days, Drishti Marine, the state-appointed professional lifeguard agency has issued a monsoon advisory instructing visitor to the beach not to venture into the sea during the monsoon months extending from June till the end of September,” company’s spokesman has said in a statement issued here.

The Goa government shuts down the beaches for swimming and all water sports activities during the monsoon months from June to August each year as the sea during this season tends to be extremely rough and choppy.

“This year Goa is observing a 47-day fishing ban from June 15 to July  31 as opposed to the annual 61 day fishing ban, where nearly 1,500 trawlers pull their nets off the territorial waters for the entire period of the ban,” the agency has said.

According to the IMD, heavy rainfall with high speed winds is likely to occur at isolated places over north and south Goa.

Pre-monsoon showers commenced in the state earlier this week with light showers witnessed across the state. With the onset of the monsoons the state will witness strong winds and thundershowers.

“Drishti’s 400 -strong lifeguard force man Goa’s beaches through the year. Owing to the oncoming monsoons and the present weather conditions, red flags have been posted across all beaches under Drishti’s surveillance indicating that these are strictly non-swim zones,” the spokesman said.

“Accordingly, we advise visitors to the beach not to venture into the sea during the monsoon months. We have put up red flags at all the beaches which means that the area is not meant for swimming,” he added.

“Even wading into the waters is not advisable. Our team of lifeguards present along the coast are monitoring the weather conditions. The team is trained to carry out rescues even in rough weather,” Shankar said.

“Drishti advises visitors to avoid rocky areas, cliffs and hills on the shoreline. These are very slippery during monsoon season and also wave height, intensity and frequencies are very high and one can easily get washed out,” he added.

Shankar said that all rocky areas around the fort areas in Anjuna, Vagator and Tiracol (in North Goa) are out of bounds during monsoons.