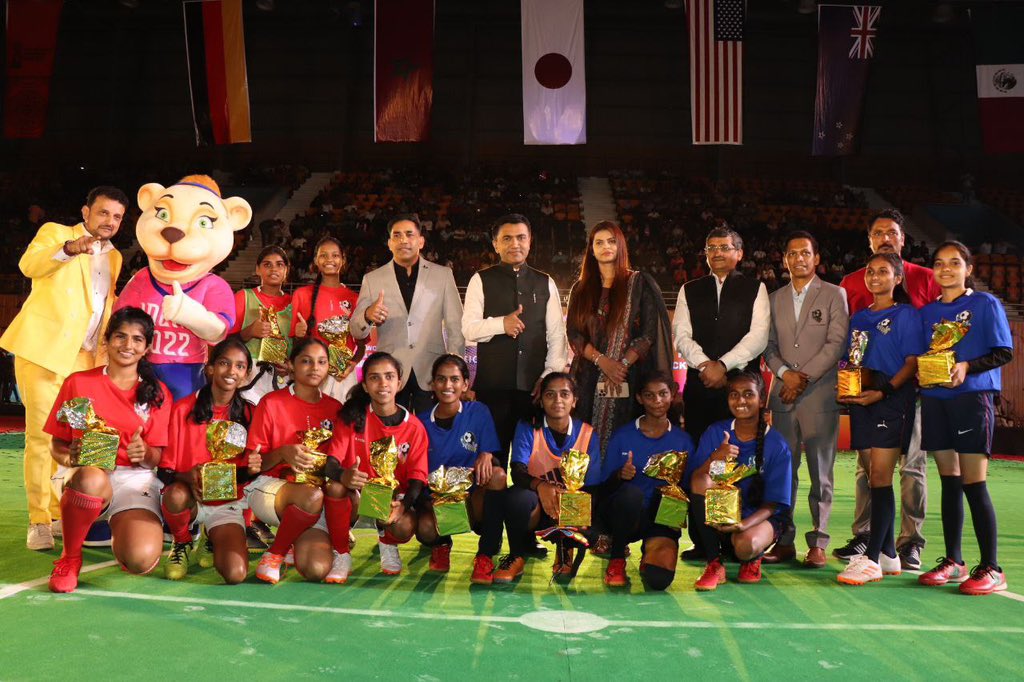 Panaji: Goa chief minister Pramod Sawant on Monday kicked off the Goa leg of U-17 FIFA Women’s World Cup in a ceremony held near Panaji.

Speaking on the occasion, Sawant said that the first ever international football match was held in Goa way back in the year 1923. The match was played between British versus Portugal and since then football has been running in the blood of Goans, he said.

Sawant said that  Goa is all to host the matches at Jawaharlal Nehru Stadium, Fatorda.

He said that 16 matches would be hosted in Goa.

Sawant said that the state government has been encouraging football in the state by providing required help. He stated that football coaches are training the young talent across the state.

The chief minister said that the state has also provided financial aid to Goa Football Association to promote the football culture in the state.

The chief minister said that Goa is also ready to host the National Games next year. He said that the infrastructure required for the Games is constructed in the state.

He said that both the events – FIFA U17 women’s world Cup and National Games – will create sports atmosphere in the state.

The matches will be played at Jawaharlal Nehru Stadium, Fatorda in South Goa from October 11 onwards.