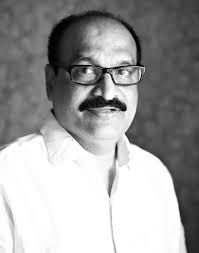 Margao: While BJP is gearing up to defeat leader of opposition and congress MLA Digambar Kamat in Margao Assembly Constituency, the name of Jagannath (Desh) Prabhudessai  is emerging as one of the strong contender for the party ticket.

Prabhudessai has been associated with BJP since long and has also been active in the social field.

Margao constituency has always voted for Kamat during last few elections and BJP is trying to search for a formidable face to take him head on.

BJP’s tried and tested candidate Sharmad Raiturcar is currently being ruled out due to failure during Margao Municipal council election.

Rupesh Mahatme and Navin Pai Raikar are two other leaders, who are in the race for the ticket.

But Prabhudesai’s work during covid-19 and his support base in this constituency has made him a front runner for the ticket.

When tried contacting, Prabhudessai was not available for comments.