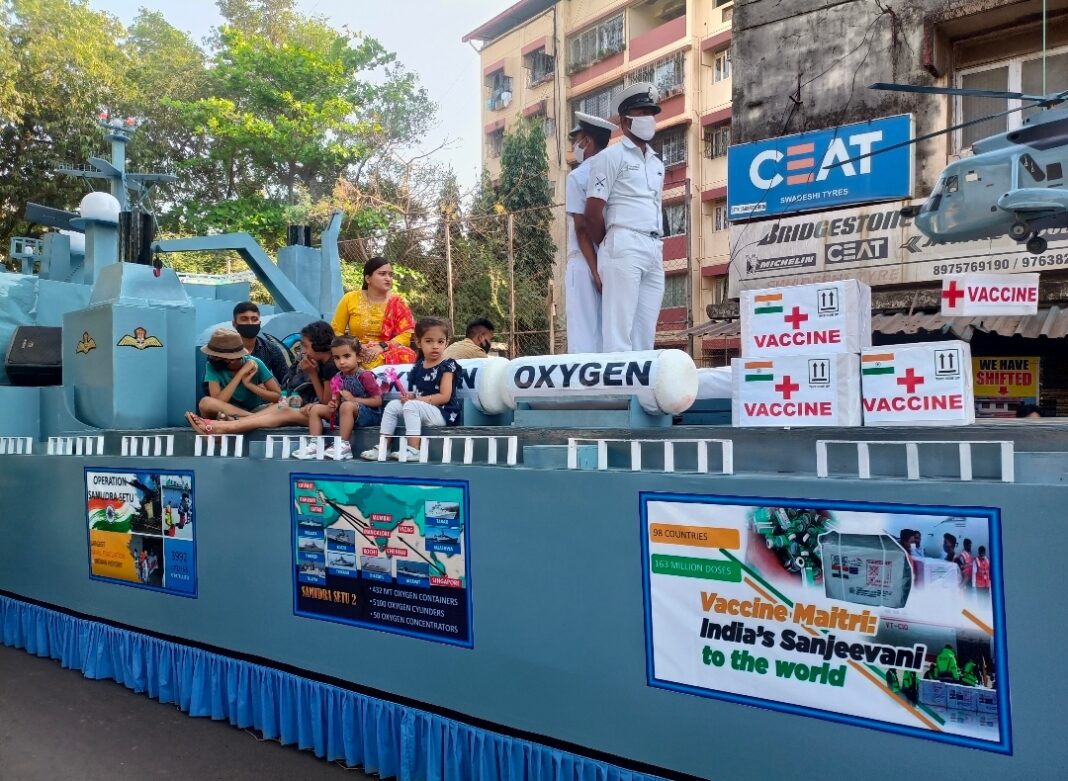 The Indian Navy participated at the Goa Carnival at Vasco-da-Gama on 28 February 2022, displaying a float (tableau), presenting a short skit and putting up a scintillating band performance.

The tableau depicted the amphibious transport dock ship, INS Jalashwa, taking part in _’Operation Samudra Setu’_ that was conducted by the Navy to bring relief, succour and medical aid to numerous Indians residing in India and other nations in the region when COVID-19 was declared a serious global pandemic. The Indian Navy’s contribution in supporting the Government of India’s regional outreach – in the form of repatriating Indian citizens, transporting medical oxygen and delivering 170 million doses of COVID-19 vaccines to friendly nations under the _’Vaccine Maitri’_ initiative – was the highlight of the display. The award of President’s Colour to Naval Aviation was also portrayed.