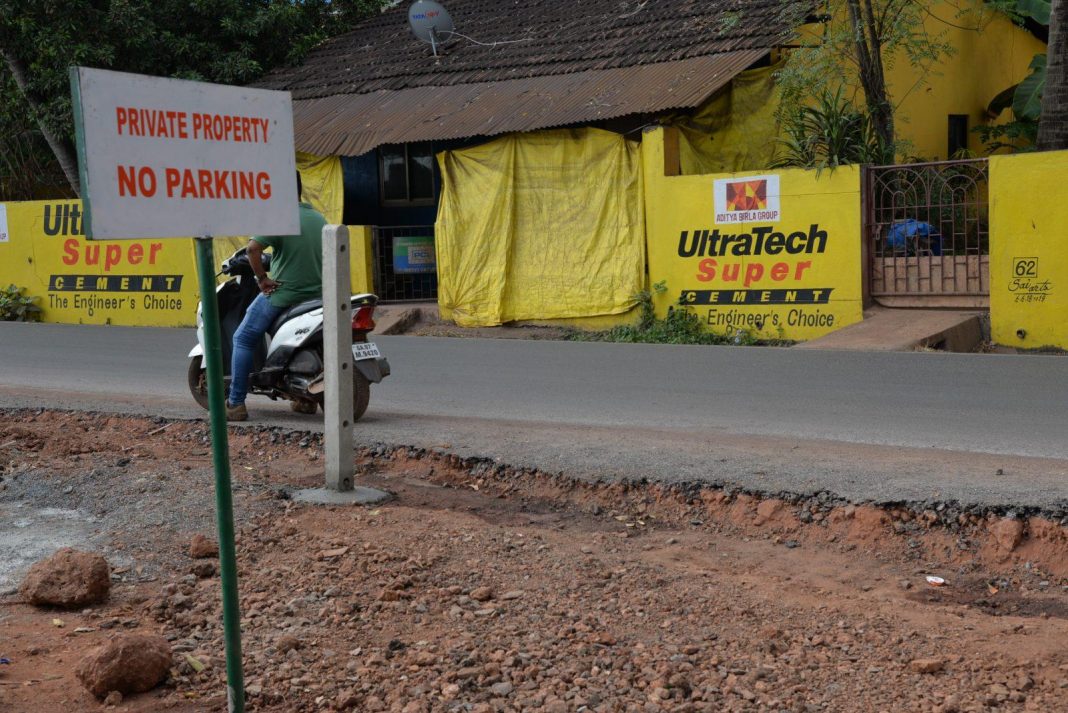 The RCC poles and a sign board that were earlier this week illegally put up along the very busy Ribandar Road near the Chorao ferry ramp have now been removed.

Adv. Aires Rodrigues in his complaint jointly addressed to the Chief Secretary, North Goa Collector, PWD Chief Engineer and the CCP Commissioner had drawn their attention that on the intervening night of 27th/28th May very high-handedly at Ribandar next to the Chorao Ferry ramp RCC poles were erected alongside the main Road and a sign board put up “PRIVATE PROPERTY – NO PARKING”.

Adv. Rodrigues in his complaint has sought immediate directions for the removal of those RCC poles and the sign board so that the public can continue using the bus shelter which is next to the ferry ramp.

Stating that Government officials are at all times need to be very vigilant to ensure that no land alongside the roads is encroached, Adv. Rodrigues in his complaint demanded that stringent penal action be taken against the person who illegally installed those RCC poles and sign board.

Adv. Rodrigues in his complaint has further stated that it was incumbent on the Government to ensure that the police who patrol the streets of Goa keep a strict vigil on any illegal constructions and more particularly encroachment alongside the roads.

Pointing out that the Ribandar- Old Goa Road was very narrow and is having heavy traffic, Adv. Rodrigues has demanded that the government in public interest wherever possible should endeveaour to widen the road.