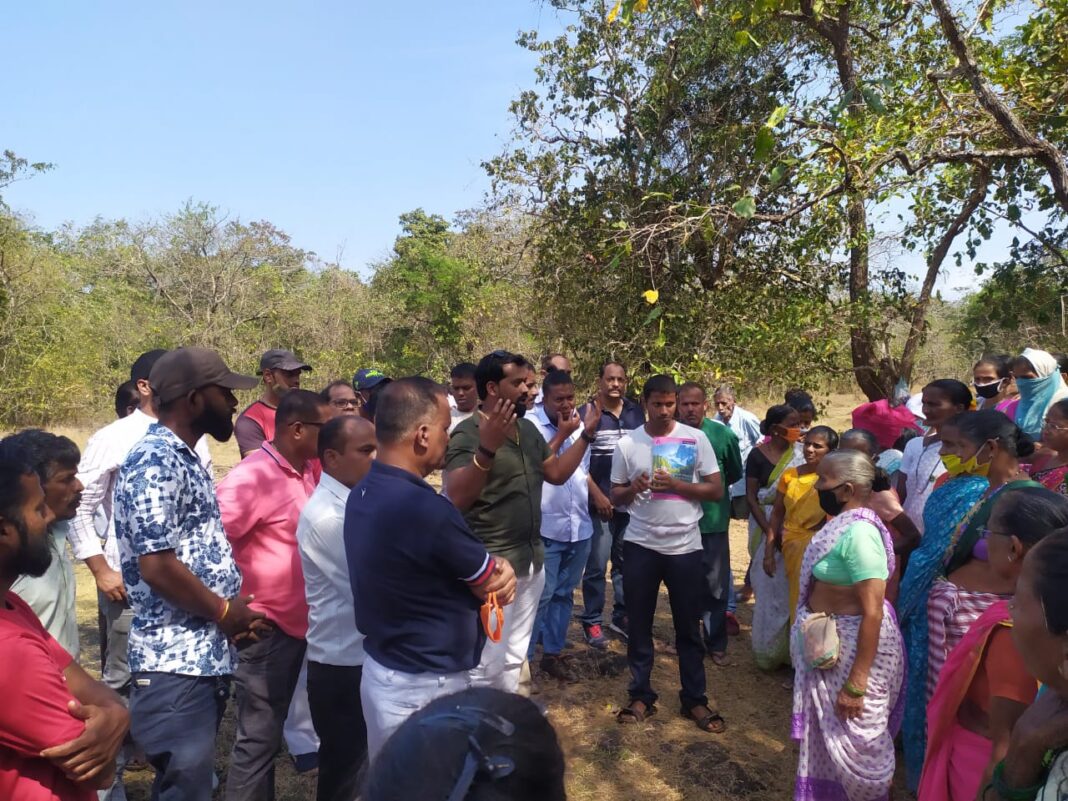 Valpoi: The Melauli villagers continued their protest against the IIT project on Wednesday. The around thousand villagers were present at the protest venue.

On Wednesday Usgao, Nanus, Honda, Morlem villagers came forward in support of Melauli. All this villagers have threatened Valpoi MLA Vishwajit Rane that they will not vote the him in 2021 Assembly Elections, if Rane does not fulfilling the all demands of Shel Melauli villagers. 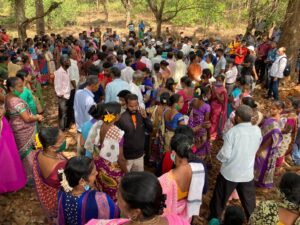 Whereas the Melauli villagers said that the Government should remove the name of IIT land which has putted on 1/14 form, while deleting the villagers names by the Land Survey Department, Goa. The villagers demand to add their names against on the 1/14 forms, which were deleted,while knowingly by Government and give the Class A category ownership of land.

Also villagers said that to revoke the criminal sections which are putted on them by Valpoi Police Station and suspend Valpoi Police Inspector, Sagar Ekoskar for assulting the village women.

We will continue our protest against the IIT project, till our demands are not fulfilled, say villagers.