I was summoned by ED eight to ten times ever since TMC forayed in Goa politics: Abhishek Banerjee 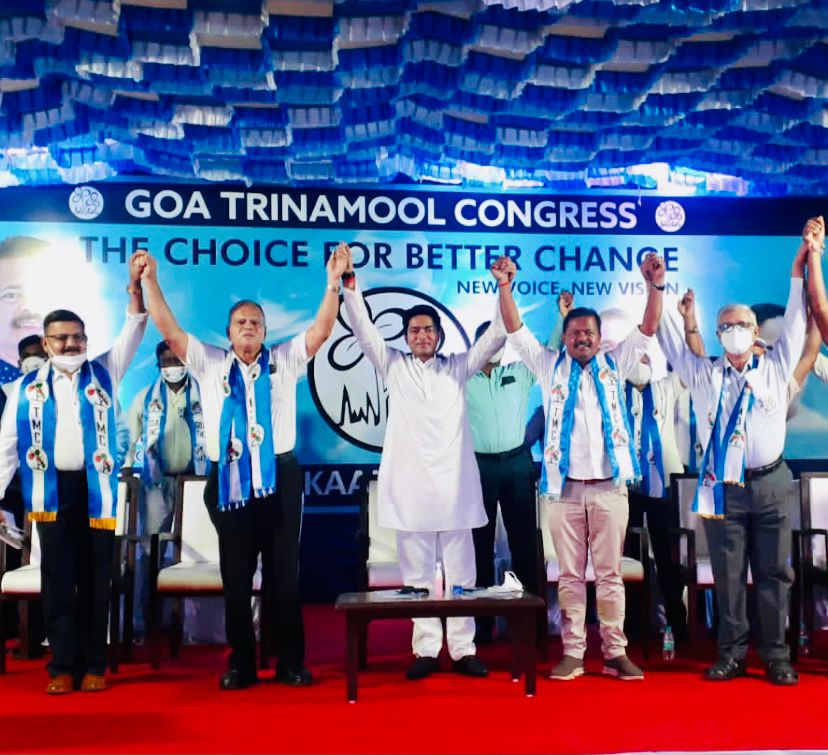 Panaji: Trinamool Congress Party’s National General Secretary Abhishek Banerjee on Thursday claimed that ever since his party has forayed into Goa’s political, the Enforcement Directorate at the behest of BJP has summoned him eight to ten times.

Addressing a public meeting at Cumbharjua constituency in North Goa, Banerjee said that the BJP has been “misusing power against the TMC.”

“BJP has been misusing the power against TMC, which has become a formidable force in Goa. Every since, the TMC has come to Goa, the Enforcement Directorate at the behest of BJP has summoned me eight to ten times,” he claimed.

Banerjee said “but I am standing here and I give you my word that no matter how much the BJP tries to intimidate us, we will not bow down.”

“Till the time I am alive, till the time blood is flowing through my veins, I will continue to fight for your rights,” he added.

Banerjee on Thursday told Goan voters to “take money from BJP but vote for Mamata Banerjee led party in the state.”

“You take money from BJP but vote for Don Fula (two flowers) and betray the BJP like they betrayed Goans in the year 2017,” he said.

Banerjee said that the greatest betrayal of Goans was done in the year 2017 when every MLA people voted sold their souls for Rs 50 crore.

The TMC leader said  “Your vote, your trust, your faith, your love, your blessings, your honour is being sold by both the BJP and the Congress for a ma Rs 20,000.”

Banerjee said that what happened with Goan voters in the year 2017 has never happened in any of the state during last 50 years. “You voted for Congress you had rejected the BJP. But the Congress played with the love and trust of the people of Goa. The buying and selling politics must stop in Goa,” he commented.

He said that the time has come to vote for clean politics, vote for TMC. Voting any other party except Trinamool Congress is equal to voting the BJP which in turn means the defeat of Goa, he added.