I saw at the window and missed Parrikar: Subhash Velingkar 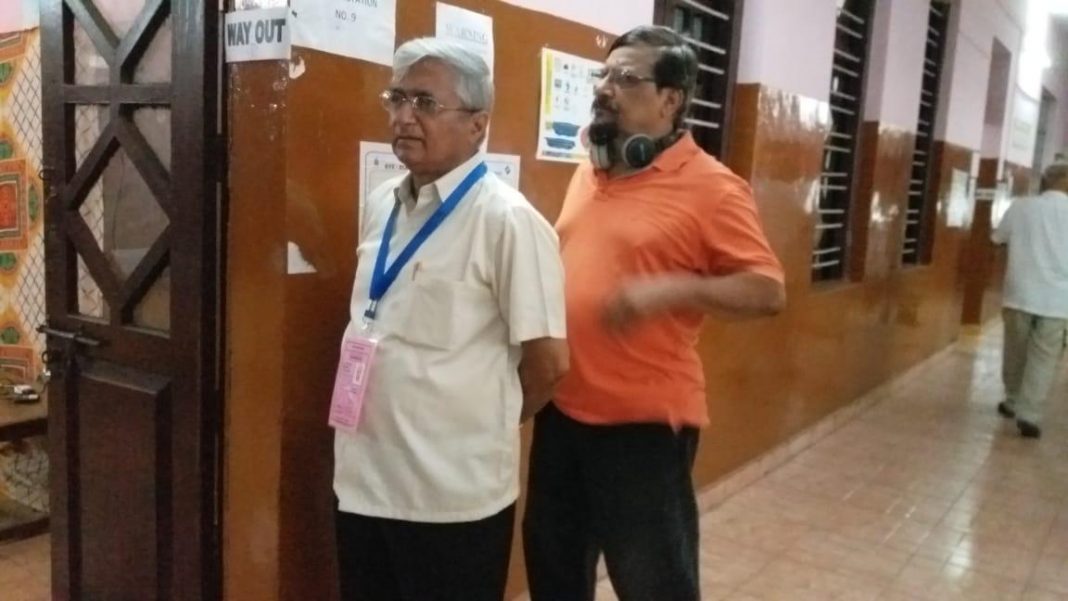 Panaji: Mason de Amori polling booth has always been in the media focus as it is where two friends and then foes Manohar Parrikar and Subhash Velingkar used to vote.

After the demise of Parrikar, Velingkar, who is contesting Panaji by election on GSM ticket, was seen alone standing in a queue sharp at 7 a.m.

“I missed Parrikar. Today when I voted and came out, I was looking at the window where I had met Parrikar last time and greeted him all the best. I missed him there,” emotionally charged Velingkar told Goanewshub.com in the Facebook live.

Claiming that the personal attacks on him were masterminded by BJP candidate Siddharth Kunkolienkar, Velingkar said “If Parrikar was alive, he would have sacked Kunkolienkar for such acts.”

Previous articleHope you have voted for me, Babush asks a BJP leader
Next article45.78 per cent voted till one o’clock in Panaji by-election