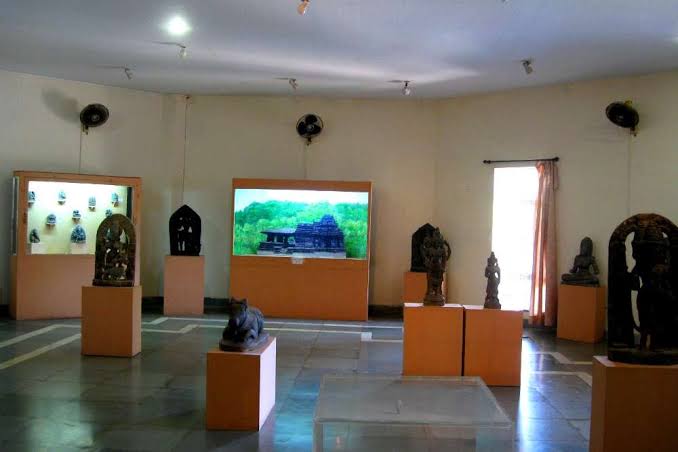 Panaji: Owners of Goa’s heritage museums,
which were struggling to stay afloat due to the COVID-19 crisis, are hopeful that the state government will allow them to reopen their premises for visitors soon.
Though a lot of curbs have been lifted in Goa, museums have not yet been allowed to reopen.
Goa, which is popular among tourists as a beach
destination, is also home to several museums that showcase the rich culture and heritage of this former Portuguese colony.
Since the lockdown came into force in March, these
museums, which used to attract hundreds of visitors or normal days, have remained closed.
Maendra Alvares, the curator of ‘Big Foot’ museum at Loutolim village in South Goa district, said his gallery has been shut for over two-and-a-half months now.
But, he is hopeful the government will allow museums to reopen.
“When the state borders open for tourists, we also
expect to get visitors. We used to host nearly 400 visitors a day at the museum earlier, but now the footfalls are likely to decrease, he said.
Spread across 12 acres, the museum has a sculpture of ‘Mirabai’, which has been registered in the Limca Book of Records as the longest laterite sculpture in India.
Alvares said he is aware that all precautions will
have to be taken while reopening the museum.
“Very soon, people will be used to living with the
coronavirus. People are bored of sitting at home, so they will prefer visiting places like ours, he said.
The ‘Goa Chitra’ museum, another popular tourist
attraction at Benaulim in South Goa, has also been shut since the lockdown began in March.
Its curator Victor Hugo Gomes is also waiting for the government’s order to open the premises for visitors.
“We have temporarily closed the place. It has been
financially draining, but personally I got time to sit and document whatever I have been collecting all this while, he said.
Gomes said he is ready to open the museum, which has a rich collection of artefacts dating back to pre-Portuguese era, whenever allowed by the authorities.
“We have already installed a sanitisation booth for
visitors. They will be provided face masks and social
distancing will be maintained during tours of the place,” he said
He is also hopeful that once the museum opens, the footfalls will not be less than earlier.
The United Nation’s cultural agency last month warned that nearly 13 per cent of museums around the world may never reopen, as about 90 per cent of them globally have had to close their doors due to the COVID-19 pandemic.
Two studies by the United Nations Educational,
Scientific and Cultural Organisation (UNESCO) and theInternational Council of Museums (ICOM) said museums have been especially affected by the pandemic, with nearly 90 per cent of them, or more than 85,000 institutions, having closed their
doors for varying lengths of time during the crisis.