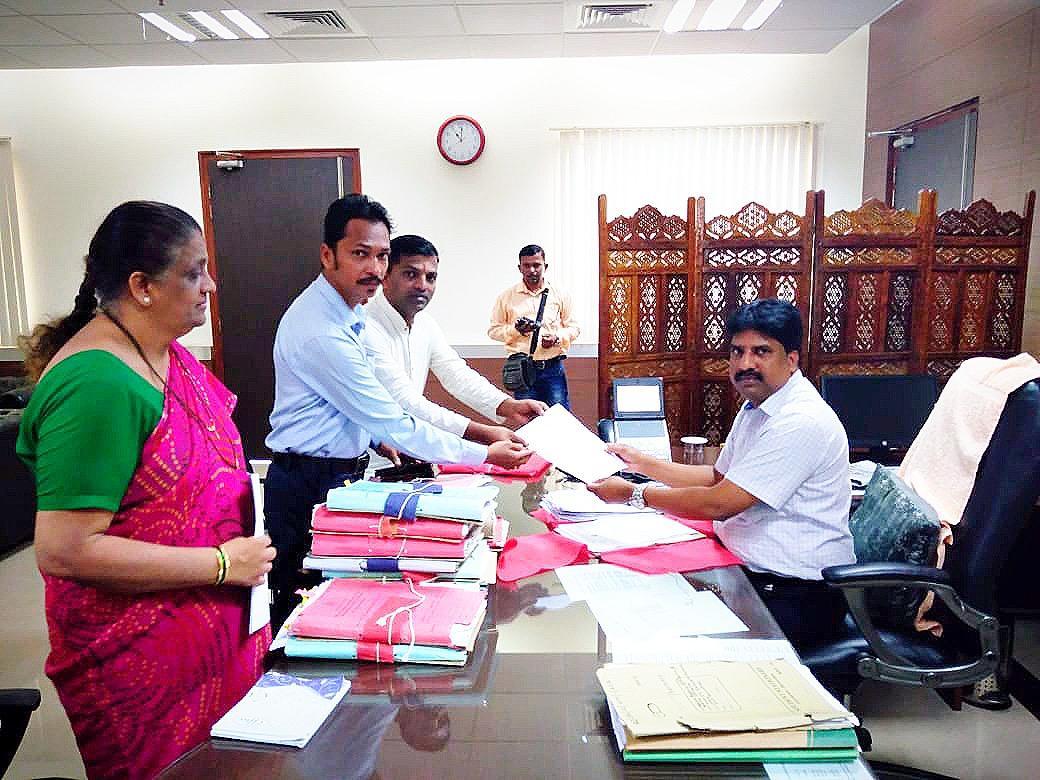 A delegation of HJS met Additional Collector (South District) Surendra Naik to submit the memorandum appealing the government to ban  ban the book containing filthy write up about Veer Savarkar and demanded action on the book’s author and the publisher.

The representatives of like-minded organizations including Shiv Yoddha and Sanatan Sanstha were also present as a part of the delegation.

HJS Goa Convener Manoj Solanki said that the memorandum has stated that a  book ‘Veer Savarkar, how ‘brave’ ?’ containing absolutely filthy and false write up related to Swatantryaveer Savarkar was distributed at a training workshop organised by Seva Dal of Congress in Bhopal (M.P).

“It illustrates how low Congress can stoop to defame the freedom fighters.  The Central Government should take immediate steps and legislate an Act so that no one will ever dare insult not only Swatantryaveer Savarkar but also any national hero and freedom fighter,” he said.

“The book by Congress also appears to have a hidden agenda to create communal and caste tension to disturb the peace in the country,” Solanki added.

He said that the HJS demands an immediate ban on the objectionable book that clearly indicates Congress’s hatred towards Swatantryaveer Savarkar as well as the entire revolutionary movement and strict action be taken against the book’s author and publisher.