Hindu Group in Goa demand ban on illegal use of loudspeakers for Azan, petitions Collector 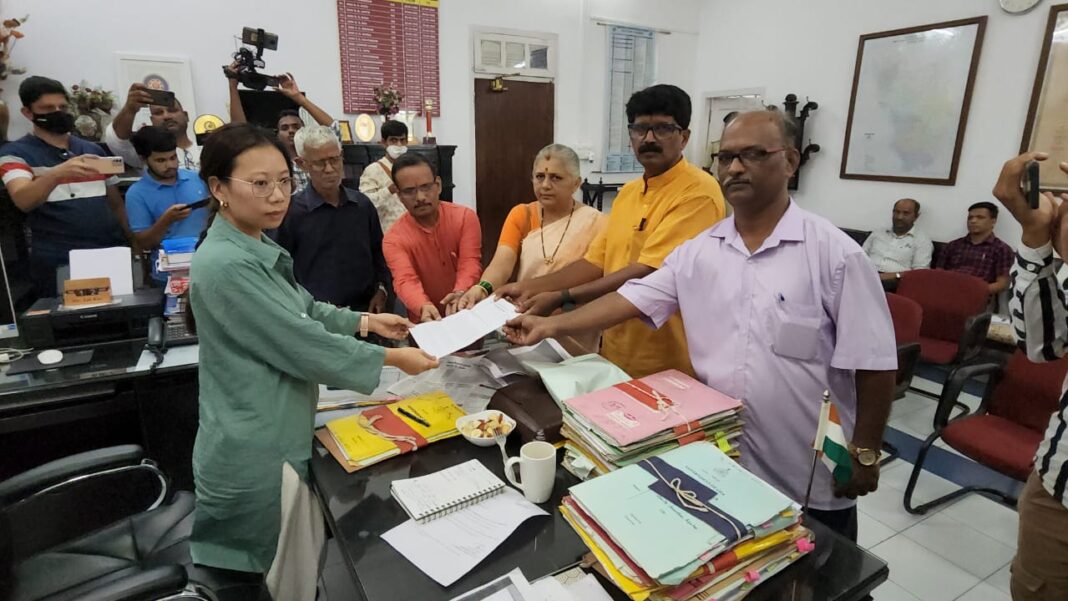 Panaji: Goa-based Right wing Hindu organization on Tuesday petitioned State Administration demanding stoppage on illegal use of loudspeakers for Azan, which is banned as per the order of Additional Collector.

The group pointed out that the Additional Collector had issued orders banning illegal use of loudspeakers following the directions by Goa Bench of Bombay High Court.

HJS State Convenor Manoj Solanki said that in a petition filed by Varun Priolkar in March 2021, the Goa Bench of Bombay High Court had given directions against the usage of the illegal loudspeakers by the mosques for Azan.

He said that the Court had directed Additional Collectors to address the complaint of Priolkar. Additional District Magistrate after listening to the complaint of Priolkar and seeking response from the Mosques have passed order against the Mosques directing them not to use loudspeakers/public address system or any other sound producing instruments without prioer permission from the concerned authority.

The Additional Collector had said that if permission is sought, concerned authority, may deal with it in accordance with Noise Pollution (Regulation and Control) Rules, 2000. Police has also been directed to keep a regular watch on the said Mosques and ensure that they comply with the said order.

HJS has said that inspite of the above order and directions, it is seen that the noise problem from the mosques in Goa continues by using loudspeakers for the purpose of Azan.

“Due to loud noise of azan from the mosques, everyone is forced to hear the loud prayers irrespective of their religion. This is definitely not freedom of religion. Using the same principles, if all the other religions start putting up loudspeakers, on their religious places, it will be a big problem,” the HJS has said.