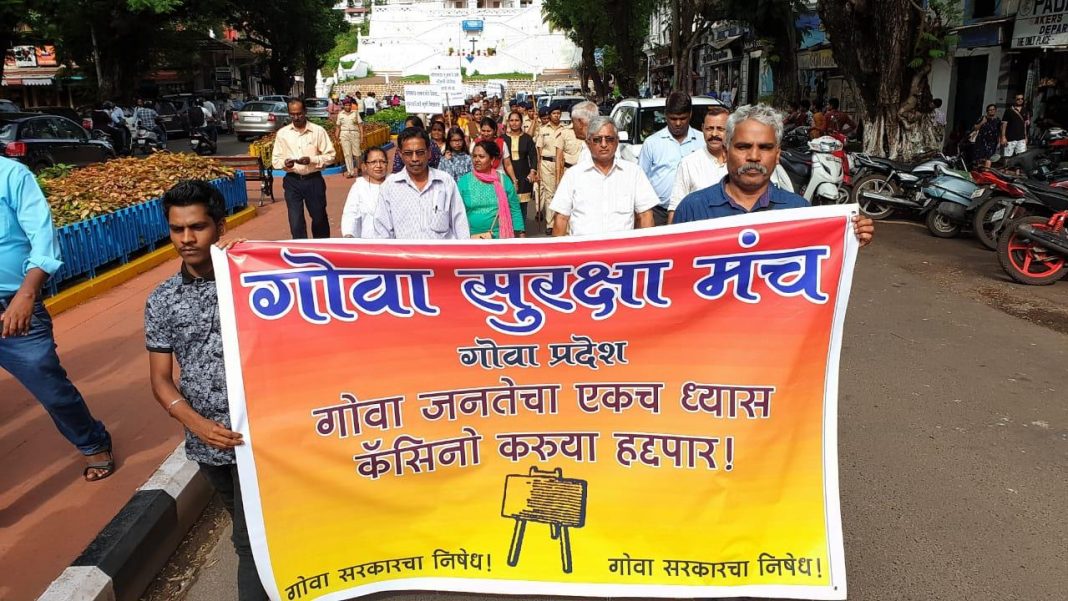 Velingkar said that the protest march is a beginning of statewide agitation against off shore casino vessels which is corruption Goa’s social fabric.

The coastal state has six off shore casino vessels which are operating from River Mandovi. State chief minister Pramod Sawant had said that the casinos were part of Goa’s tourism profile.

GSM which held protest march in the capital city demanded that Sawant should apologise for his statement and withdraw it immediately.

“In the year 2012, BJP had promised that they will eliminate off shore casinos from River Mandovi but they have gone back on their promise for the reasons best known to them,” Velingkar said.

He pointed out that the number of off shore casinos have increased during BJP’s tenure, which clearly exposes their nexus with the (casino) lobby.

Velingkar said that GSM will be create awareness against the off shore casinos which has feared to turn Goa into destinations like Macau, Las Vegas.

“We are against the promotion of gambling and other activities like prostitution,” he said.