Govt jobs are for Goans and not for BJP Pvt Ltd: AAP 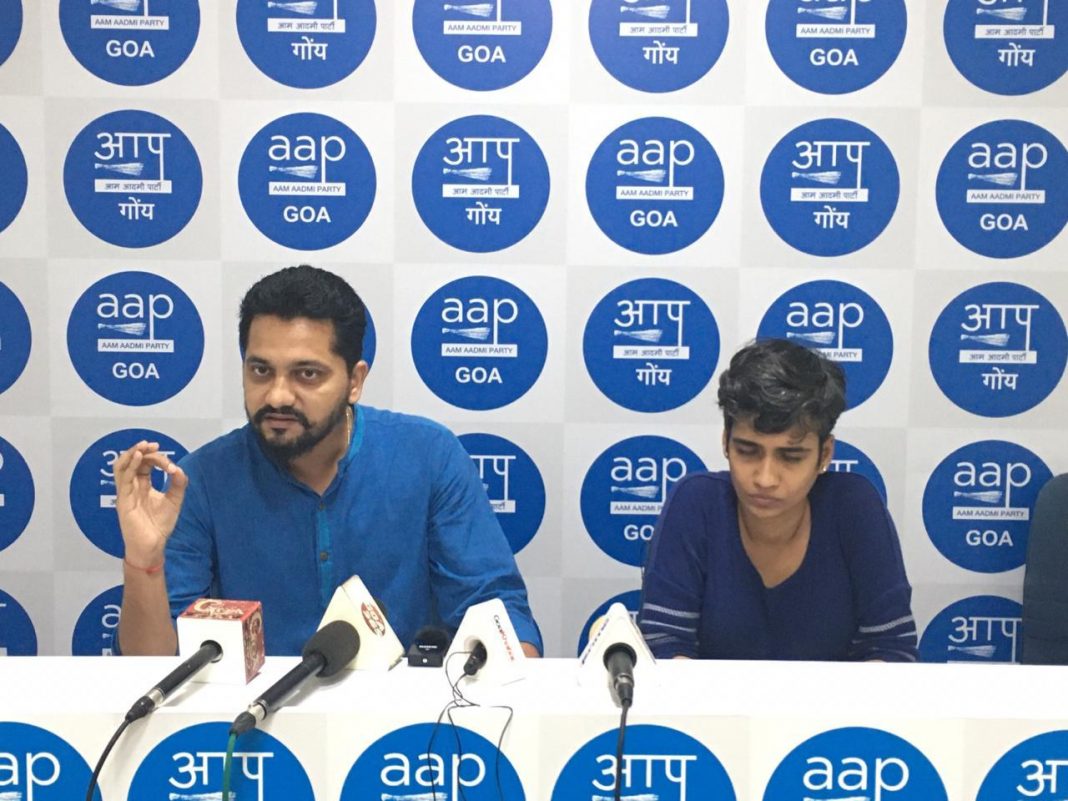 Panaji: A day after chief minister Pramod Sawant announced that 10,000 jobs will be provided, the Aam Aadmi Party (AAP) in the state took a jibe against this announcement. AAP strongly objecting to the Bharatiya Janata Party’s proposal to circumvent the Goa Staff Selection Commission while recruiting 10,000 government servants pointed out that these are jobs in government service meant for Goans and not jobs in Bharatiya Janata Party Private Limited.
Surel Tilve of AAP asserted that the CM Sawant’s claim that the Goa Staff Selection Commission is overloaded is merely an excuse for them to give the jobs to their supporters and well wishers and pointed out that Health Minister Vishwajit Rane is already on record about this.
He pointed out that in a audio message that has gone viral on social media Vishwajit Rane has clearly stated that government jobs will be given to those who work for him which means that the jobs will be given only to BJP supporters.
Surel pointed out that the BJP government is already embroiled in many controversies over recruitment in government sector. “We have seen how the welfare scheme for construction workers was tweaked to benefit only those that the BJP wanted to help,” he said.
He further pointed out that nurses working on contract basis for even 10 years at Goa Medical College were ignored and instead only those who were supported by BJP including many from Sattari taluka were recruited. “The very fact that appointment letters were issued even before the test results were made public proves that the recruitment process was hanky panky,” he said.
He ridiculed Chief Minister Dr Pramod Sawant’s statement that Goans do not possess skills for jobs in the State and pointed out that Goans have established their skills the world over. “The Chief Minister is once again using an excuse to ensure that only his people are given employment in government sector and not meritorious Goans,” he said.
Surel Tilve said the lifting of moratorium on recruitment in government sector on the eve elections is nothing but a ruse by the ruling BJP to lure people in the name of recruitment who will vote for them at the next elections. “This is nothing but another scam by the BJP government to ensure that they return to power by employing people in government sector,” he said pointing out that each job on an average will get at least five votes for the BJP at the elections.
“The people of Goa will not tolerate such chicanery and strongly oppose bypassing the Goa Staff Selection Commission while selecting people to work for the government,” he said demanding that if necessary the government set up a cell or a subsidiary to assist the State Selection Commission in selecting the right people.
“These people will serve the people of Goa and hence the right person has to be appointed and not somebody who is sympathetic to a particular political party or its ideology,” said Surel Tilve.
- Advertisement -