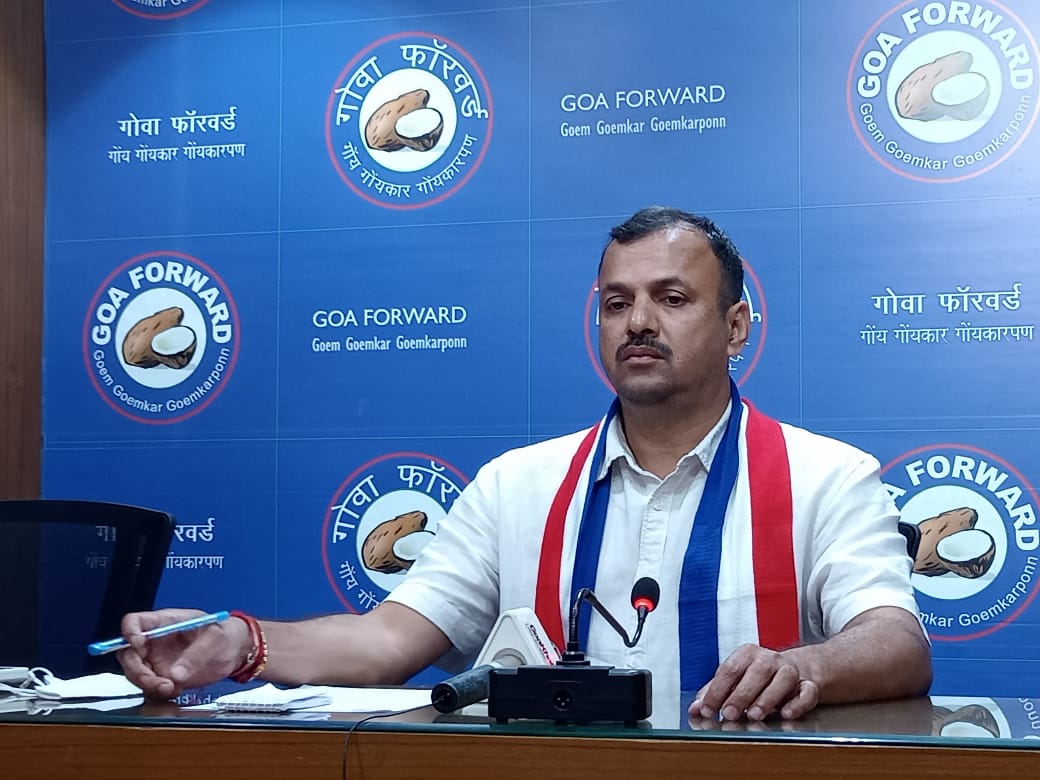 Panaji: The St. Andre leader of Goa Forward Party Jagdish Bhobe on Tuesday said that the hopes of around 750 farmers are dashed after the saline water ingress in Khajan field in Neura, but BJP government is sidelining the issue and supporting ‘Fish Mafias’.

“Illegal fish trade should be stopped and justice should be given to farmers.” He hastened to add.

Bhobe on Tuesday addressed a press conference in GFP office in Panaji and hit out at Tiswadi Mamlatdar for not heeding into the issue of inundated saline water in fields and repair of bundhs.

“Mamlatdar failed to help farmers from Neura. The ‘Manas’ should have been auctioned, but to help Fish Mafia’s authorities are not taking any actions. MLA Francis Silviera is also involved in illegal trade of fish taking place in these fields.” Bhobe said.

“Deputy Chief Minister Chandrakant Kavalekar replying, in assembly session, to Vijai Sardesai had promised that he will resolve this issue by coordination of revenue and agriculture department. But he failed to act on this issue.” He said.

“Rice is staple food of Goans and hence farmers should be helped for cultivation of rice. Government has failed to repair bundh. However, engineers of the Soil Conservation department are in process to make final payment to the contractor. This is nothing, but a scam of Rs 9.50 crore.”

“If bundh is repaired then why is sea water entering fields. Why fields remain inundated with saline water.” He questioned.

Bhobe informed that he has written to the North Goa Collector to intervene into this matter and direct Aggasaim police to stop illegal fishing activities.

“Government is boasting of Swayampurna Goem and Atmanirbhar Bharat, but has failed to help farmers from Neura.” He pointed out.