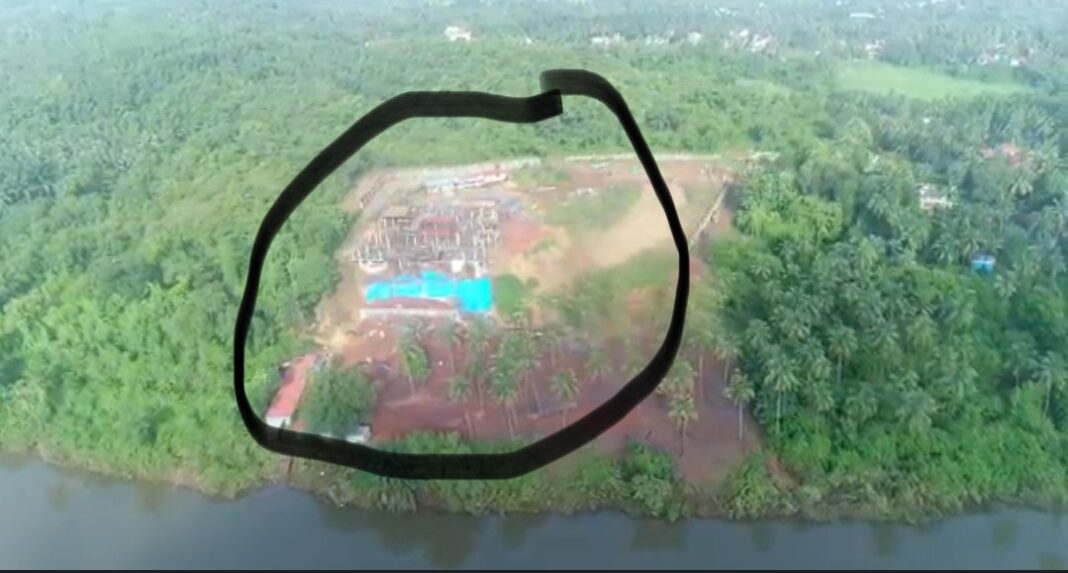 Palekar asserted that amidst the pandemic, Goans have been forced to sell their assets, but Cabral has been buying up acres and acres of prime real estate. He said, “The pandemic has cost a lot of people their jobs. Their income sources have dried up. The government is, however, running a secret get rich program for a few special individuals. It’s designed for the privileged set of old politicians in Goa”.

“Nilesh Cabral is among them. While people died and lost their jobs, he became the star of the get rich program. Five years ago, he was making less than one Lakh per month. Currently, Cabral’s income has grown 25 times. He now makes more than 25 lakhs a month, which is more than 3 crores annually. This is something he has admitted in his affidavit”, Palekar added. 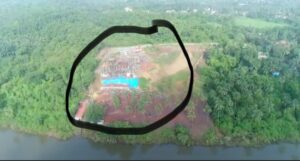 Pointing out at Cabral’s lavish illegally acquired property in Curchorem he said, “The illegal property is worth significantly more than the wealth Cabral claims in his affidavit. Furthermore, this property lies in a sensitive zone that has already harmed the ecology of Mollem. If this is the level of corruption that a minister is capable of, then imagine how much money CM Pramod Sawant has amassed through illegal means”.

“If AAP government of Delhi can provide free electricity, why is it not possible in Goa? Goa has one of the highest budget allocations per capita (in excess of 1 lakh per capita). His current wealth explains why Goans are denied free electricity. How can Cabral give relief to ordinary Goans when he was busy accumulating property for himself?”, Palekar said.

He further said, “It is now known that free 24×7 electricity is possible. AAP has done it in Delhi. More than 70% of Delhi households now have no electricity bills. AAP spent money on the welfare of the common citizens. There is not a single leader in AAP who is busy amassing wealth. AAP’s leaders are working for the people. AAP is the only party in India that can proudly claim to be corruption free. This certificate was awarded to us by none other than Prime Minister Narendra Modi himself. He sent all the agencies (CBI, ED, etc) after our ministers and leaders. Even Delhi CM’s house was raided, as was Delhi’s power minister’s house. They checked all our records and could not find a fault anywhere”.

“As a Goan, I am angry to see the pure incompetence of politicians who have no administrative or governance skills. I am angry to witness this obscene, illegal corruption while my fellow Goans have been dying and struggling to survive. We have to get rid of these corrupt people to build a better Goa. Now Goans have to decide if they will choose someone who will increase their own personal wealth by 25 times or someone who will do 25x development for Goa and Goans”, he added.

AAP Curchorem candidate Gabriel Fernandes said, “In connection with my involvement with Goyan Kolso Naka and painting the road, Cabral registered an FIR against me. Why then has no action been taken against Cabral, since he destroyed numerous trees?”.

Previous articleConfident of my victory, no opponent can defeat me: Babush
Next articleAITC Vice-President and former Union Finance Minister Yashwant Sinha gives personal assurance that the three schemes of Goa TMC will be implemented as soon as TMC forms the government