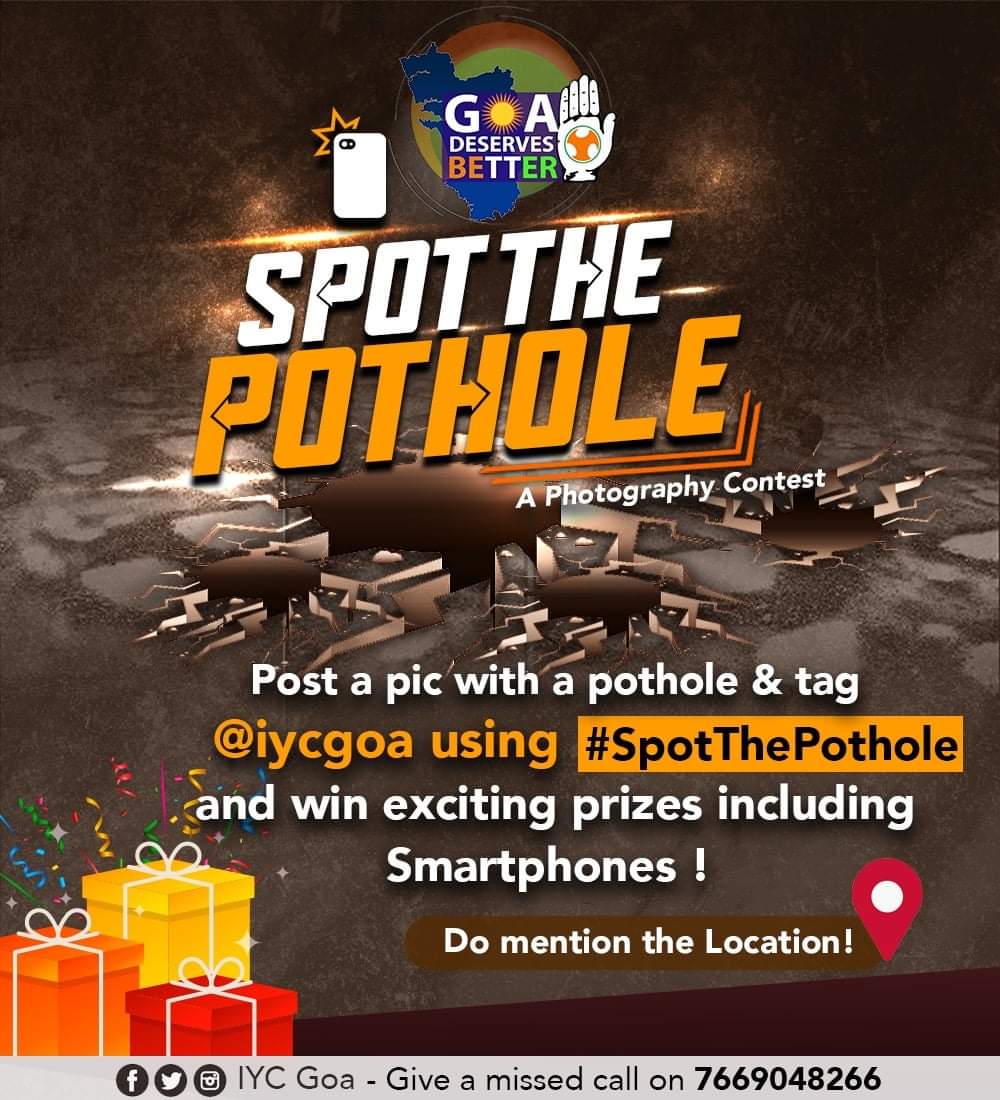 Indian youth congress (IYC) Goa protested against the dilapidated condition if roads by clicking the pictures of potholes at at Nevgi Nagar, Mala Panjim today.

To take part in the contest People of Goa need to post pictures/selfies with potholes in their area and tag @IYCGoa on its social media platforms – Facebook, Twitter, Instagram using the hashtag #SpotThePothole. They are supposed to mention the location along with tagging three friends.

The best entries shall be presented with exciting prizes such as smartphones, electronic gadgets, Bluetooth speakers and #GoaDeservesBetter T-shirts.

The last day of entries is October 14th and each winner will be felicitated by the Goa PCC office bearers in a special prize distribution ceremony to be held later.

“Pothole and craters have added the biggest discomfort to Goans and tourists alike and the Goa IYC is determined to highlight this failure of BJP Govt to the people,” said Mardolkar