Goa welcomes film industry to shoot in the state 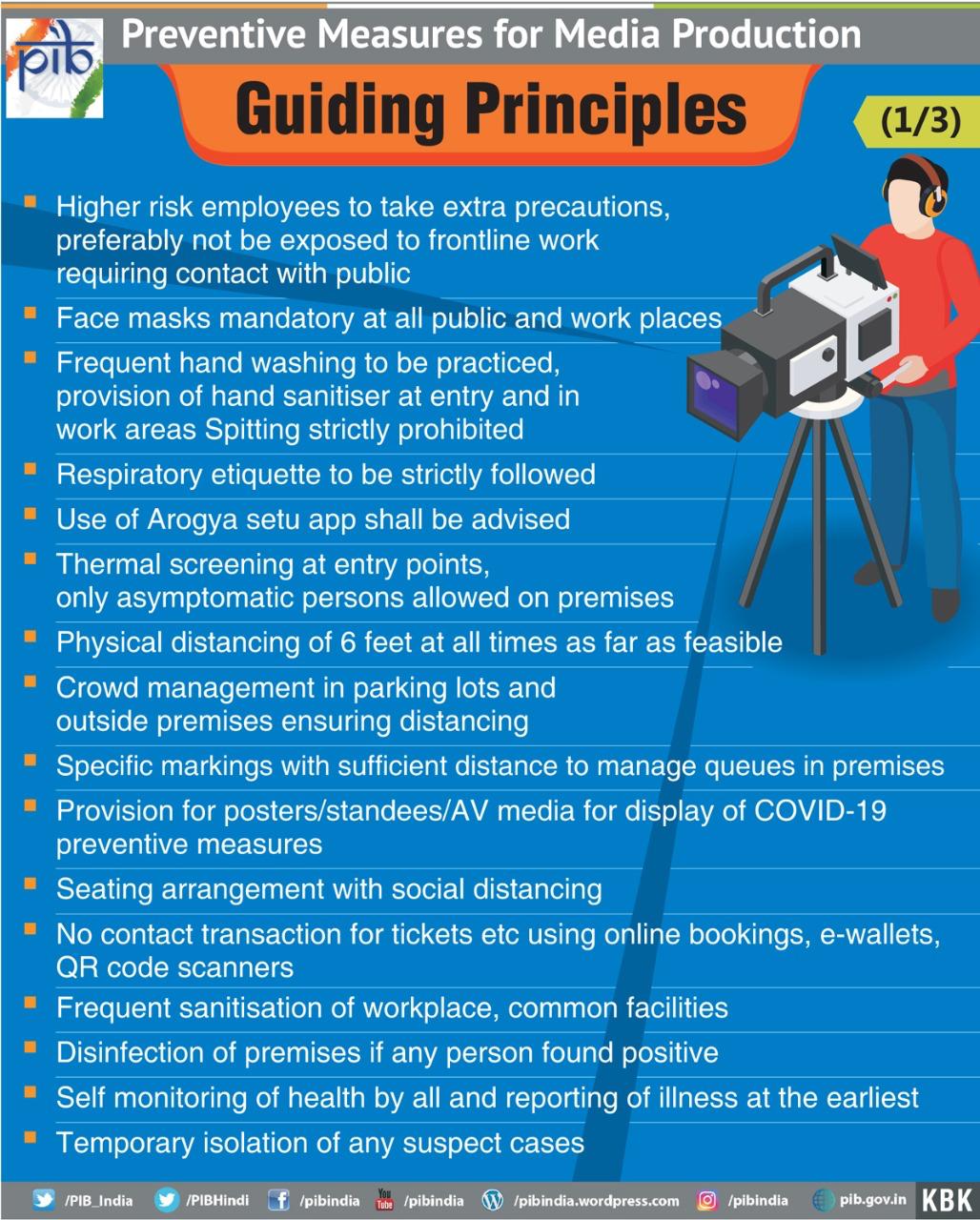 Panaji: Welcoming the filmmakers to shoot in Goa, State-run body, the Entertainment Society of Goa (ESG) has said that the detailed Standard Operating Procedures which are laid by Union government should be adhered to by the media production industry while shooting in the coastal state.

ESG’s Chief Executive Officer Amit Satija, in a tweet on Sunday, said that the film shootings in Goa have already been permitted since last week of June, 2020.

Earlier this year, the shootings were suspended after COVID-19 outbreak in Goa, which is a popular destination for Hindi, Marathi and South Indian film industry.

Satija tweeted “Detailed SOP for resuming work in the media production industry Govt of India.. Film and other shooting has already been permitted in #Goa with adequate safeguards by Govt of Goa since June last week. Welcome to #FilminGoa.”

Satija has posted  a detailed SOP which is prescribed by the  Central government in the wake of COVID-19 pandemic.

“Higher risk employees to take extra precautions, preferably not to be exposed to frontline work requiring contact with public,” the SOP reads.

The procedures also mentions about mandatory face masks at all public and work places, respiratory etiquette to be strictly followed, use of Arogya Setu App, thermal screening at entry point and only asymptomatic persons allowed on premises and others.

According to the the SOP, it  has also been made   mandatory to observe social distancing with physical distance of six feet  between two people at all times as far as possible, crowd management in parking lots and outside premises ensuring distancing, no contact transaction for tickets etc using online QR code scanners.

The workplace has to be “frequently sanitized”, disinfection of premises if any person is found positive and temporary isolation of any suspected cases.