Goa police had no acknowledgement in IFFI inaugural 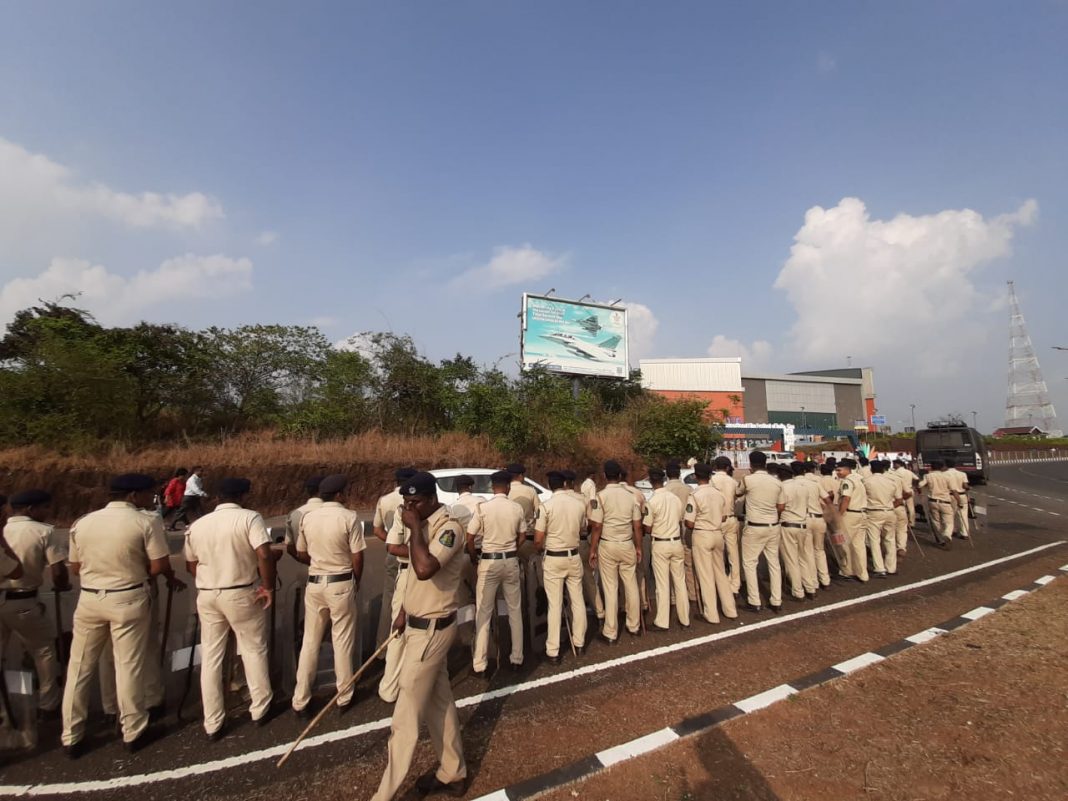 Bambolim: Even as several agencies and individuals who worked to make IFFI inaugural a success were acknowledged by the organizers, Goa Police who ensured that the event is incident-free missed the list.

Information and Broadcasting Secretary Amit Khare in his thanks giving speech acknowledged everyone except Goa Police.

State police have been working overtime to ensure that the event is incident free. The police presence around the venue was maintained considering the protests against Union Environment Minister Prakash Javadekar.

Quick police action also saved the event from the protests when the leaders were arrested near the venue.