Goa places order for 1,045 metric tones of Onions to be provided at subsidized rate 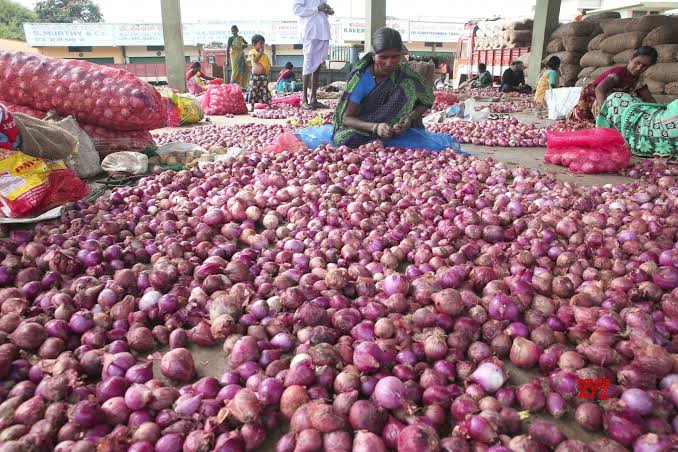 Panaji: Goa government has began process to procure Onions to be sold through the chain of fair price shops.

The government will import 1,045 metric tones of Onions from Nasik-based agency that would be supplied to 3.5 lakh Ration Card holders in the state at a subsidized rate.

Cabinet on last Wednesday approved the proposal to provide Onions at subsidized rate for the consumers after the price of the commodity increased substantially.

He said that each of the 3.5 lakh ration card holder would be provided three kgs of onion by holding the special drive across all the fair price shops. Naik said that the attempts are on to get the commodity as soon as possible from Nasik.

“Once we have stock arriving in the state, the consumers would be informed through media advertisements, SMSes and other social media modes so that they can collect it from their respective fair price shops,” Naik said.

He said that the state government is trying to get the stock “as soon as possible” as there Nasik based agency is already flooded with demand for Onions from other states.

Previous articleVacant beds in Goa’s COVID-19 treatment hospitals on rise, infection on decline
Next articleDon’t be complacent, Goa may witness second wave of COVID-19 infection, we should be ready with facilities: Vishwajit Rane