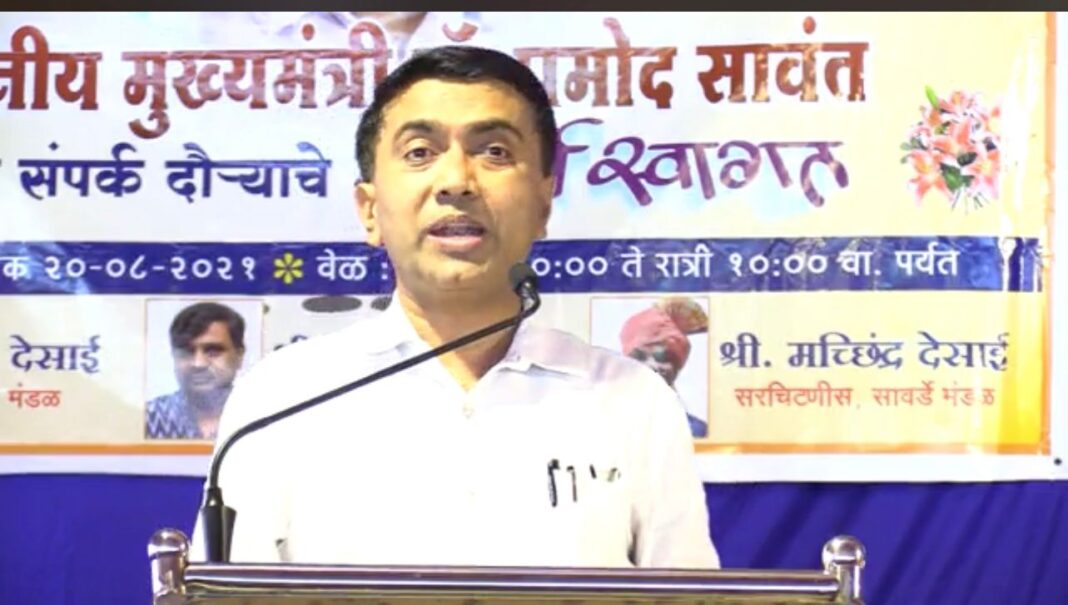 Panaji:  Chief Minister Pramod Sawant on Friday assured the people  that the actions towards resumption of Iron Ore mining in the state would start in the next three months through state-run Goa Mineral Development Corporation.

Sawant said that the newly formed Goa Mineral Development Corporation, also called as Mining Corporation, will begin the activity like auctioning of the mining leases and movement of the already auctioned Iron Ore in next three months.

The Chief minister was addressing a gathering at Dharbandora taluka in South Goa, which is a prominent mining belt. The mining activity has come to standstill in Goa since 2018 after Supreme Court quashed 88 mining leases.

Sawant said that the state government has left no stone unturned to ensure that the mining activity re-starts, but could not achieve its goal as the matter is pending before Supreme Court.

The chief minister pointed out that the state government, in recently held State Legislative Assembly Session, has formed Goa Mineral Development Corporation, which will provide impetus to the process of resumption of this industry.

“I am fully aware about the pain faced by you due to the stoppage of the mining industry. I also live in the mining belt. Government has been pressing hard to ensure that the mining industry resumes. We have not left any option. But the issue is pending before the Supreme Court,” he commented.

Goa government has formed the Mining Corporation to provide a permanent solution for the industry.

“In next three months, we will start the activities towards the resumption of mining. It may be auctioning  the leases or movement of already auctioned 20 MT iron ore.. We want to provide a solution for the mining industry for the next five years,” he said.

The chief minister also announced that either of the three educational institutes – IIT, National Institute of Law or Forensic Institute – would be set up at Dharbandora taluka, which will help the development of the area.