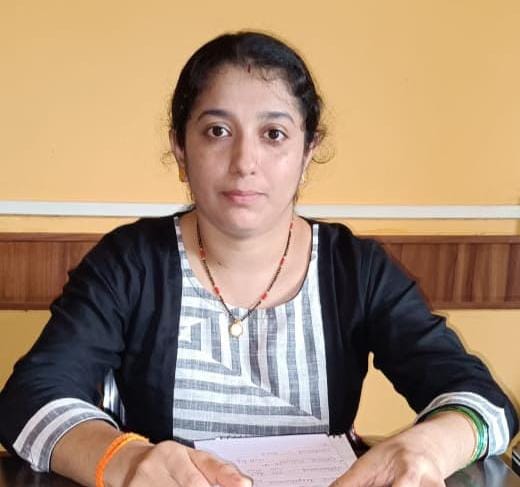 Sanguem: Ahead of Chief Minister Pramod Sawant’s visit to the constituency, Shiv Sena Vice President Rakhi Prabhudesai Naik has set up an Agenda for him, listing out various issues faced by the people. She has said that the Sanguenkars will submit a memorandum to the chief minister attracting his attention towards these issues.

Naik said that  though the CM’s visit of CM is purely political, on the behalf of Sanguenkars, we would like to set up a very positive agenda for him, which he can follow during his visit. Sanguenkars are eagerly waiting for the chief minister to make announcements with a deadline to solve the issues.

This is what she has listed:

The students have to fight back the tough terrains, adverse weather and risk to their life and dignity as they climb up the mountains to catch the mobile signal. The issue has been time and again highlighted in the media. While urging CM to announce that this issue would be settled within 7 days by taking up the matter with high ranking BSNL officials or any other private mobile service provider, I also condemn the statement by Sanguem’s former MLA Subhash Faldesai, who had termed the kids of Sanguem as dumb. He said “bhurge bonde jalya.” 10 years of BJP rule in Goa of which 5 years were given to Faldesai in Sanguem has given us this result. I would rather say Faldesai should not act like Bondo.

CM has announced the ambitious plans for Sanjivani Sugar Factory. People have no faith in the announcements made out of Sanguem jurisdiction. I urge CM to make an announcement that within a year, Sugarcane factory would be set in motion. We have also heard Faldesai claiming that the sugarcane was sold out to private factory for processing. This also smacks of scam as money to the farmers were provided through central government’s fund, so where did this fund received from the private factory gone? Has it gone into the pockets of some individuals? If there is extra money, please divert it to farmers. Expecting CM to make announcement on this.

CM should make  categorical announcement on the solutions for the problems faced by people who are displaced due to Selaulim dam. We want CM to make announcement and also ensure that they are fulfilled within a time frame. Before next election, all the issues faced by these people should be solved. These are doable things, it is not difficult for the chief minister to do it.

While we are happy that sportsman like Anand Gaonkar, who is from Sanguem, made it to the ISL, the likes of Anand Gaonkar are still struggling for a decent playground. After Olympics, we have seen Prime Minister giving thrust to sports. But the reality in Sanguem is far from being a place where sportsmen can win medals.

The playgrounds at Netravali, Vaddem, Bhati and Sanguem Sports complex are in pathetic state. They need immediate attention. CM should announce that within next two months the work on these projects would be taken up.

Sanguem is jewel in the crown of Goa. The constituency is bestowed with best of the environment. Spiritual and Hinterland tourism can turn the economy around.

The health infrastructure is in a very bad condition in sanguem. The Rural Health Centre has no facilities and doctors don’t take any risk , shifting the patients to Margao and from there to GMC. CM should announce that the Rural Health Centre at Sanguem and other facilities at Vaddem, Bhati and Rivona would be put in place within a month. Wasting time means losing lives.

The work on Sanguem Bridge is pending. CM should announce that within six months the bridge would be completed.