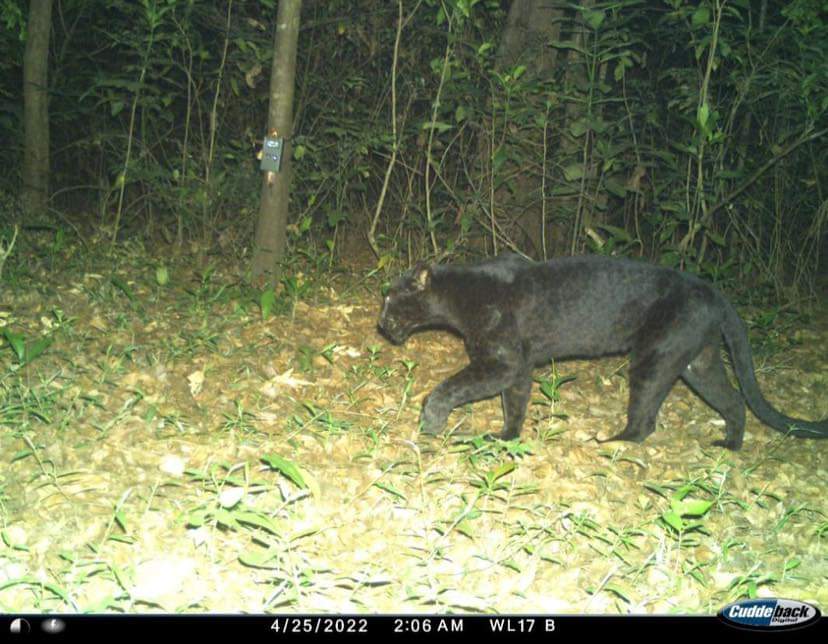 Panaji: Goa Forest Minister Vishwajit Rane has said that the state government will put up more cameras to trap the movement of a Black Panther, who was spotted in the wildlife area near Mollem village in South Goa.

State Forest department on Sunday had released the picture of a Black Panther who was caught on a camera, installed by the officials inside Bhagwan Mahavir Wildlife Sanctuary, on April 25 at 2.06 a.m.

The wild cat is seen walking in the forest area.

Responding to the picture, Rane tweeted “An amazing sighting of the #BlackPahtner captured at Mollem through the camera trap. I have asked the Department to keep track and monitor movements of the Black Panther. We shall be putting up more camera traps to monitor his thorough movement.”

Previous articleLPG cylinder price hike: People will have to bear for sometime: Sulakshana Sawant
Next articleReliance Retail Adds Over 150000 Employees And Opens Average 7 Stores Every Day In FY22