LPG cylinder price hike: People will have to bear for sometime: Sulakshana Sawant 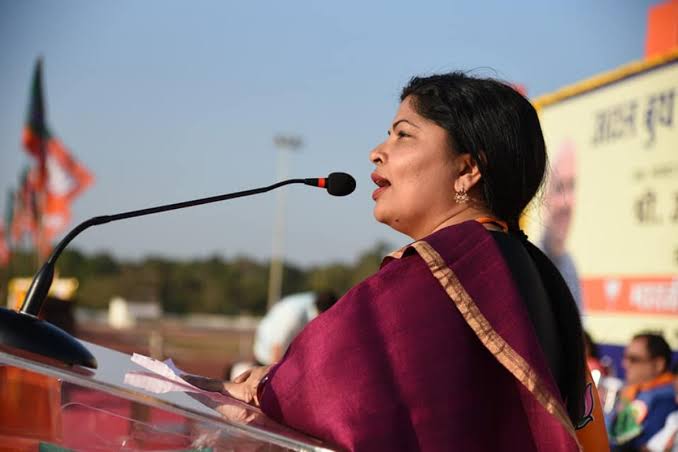 Panaji: Sulakshana Sawant, wife of State chief minister Pramod Sawant, has said that the citizens should bear with the price rise in LPG Cylinder prices for some time as “something will work out soon.”

Sulakshana, who is also a BJP leader, told reporters on Saturday that the state government is off setting the impact of price rise through various social welfare schemes implemented for the people of the state.

“The price rise in the LPG Cylinder prices is not restricted to the  state. It is a part of global phenomenon. Government is working on it,” she said.

Sulakshana, who formerly headed BJP Goa State Women’s wing, said that the citizens might have to face the rise for some time but “something will work out soon.”

Responding to a question on state government restricting its promise of providing three free cylinders only to the families under Below Poverty Line category, Sulakshana said that the past experiences have proved that many people who can afford to pay were taking advantage of such schemes.

“For example, the scheme like Ladli Lakshmi, where we saw the well to do families were availing benefit of the scheme,” she said referring to the scheme providing one-time Rs one lakh for a girl child for her education or marriage.

She said that restricting free LPG Cylinders to people Below Poverty Line is a “correct step” as it will help to reach out to the needy population.