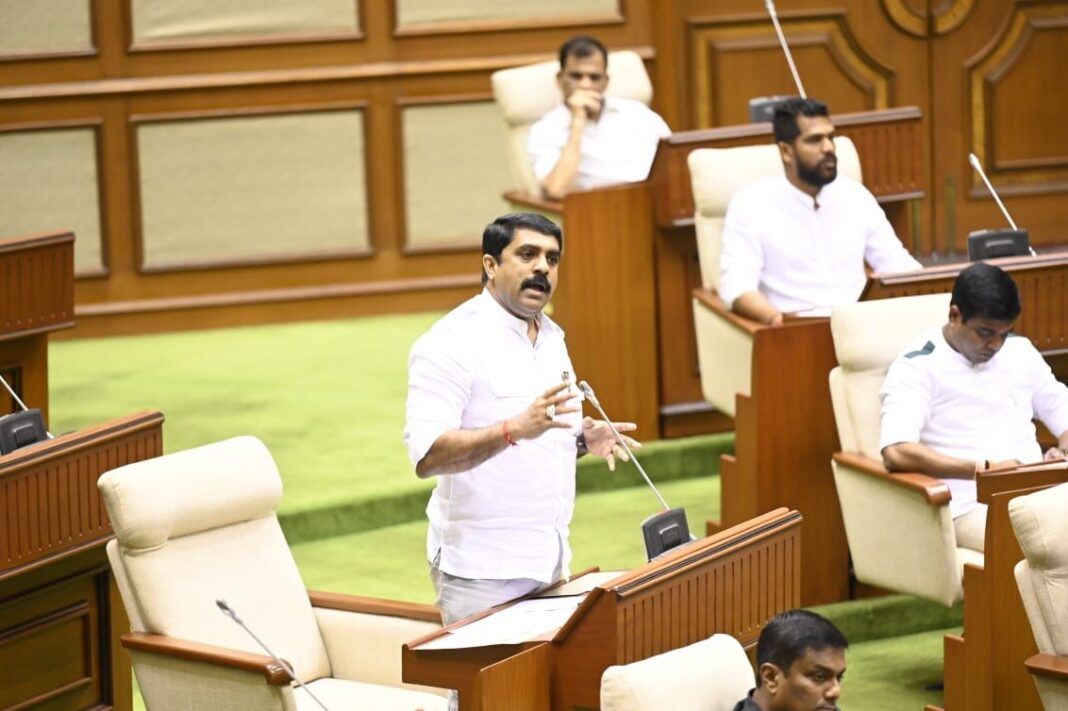 Addressing the Goa legislative Assembly during a congratulatory motion on the appointment of Canacona MLA Ramesh Tawadkar as speaker of the House, Fatorda MLA Vijai Sardesai urged the speaker to ensure that parliamentary debates, and democratic process holds precedence in all assembly proceedings.

Sardesai in his address highlighted that 75 percent of the elected opposition are new and first-time MLAs in the Goa assembly and pointed to the speaker to ensure their questions and points are heard and received. He also noted that the ‘orientation’ of being a good legislator should be spearheaded by the speaker in his role to ensure fair, neutral and balanced sessions.

The Goa Forward President reminded the speaker and the house, that “a healthy democracy requires transparency and dialogue between the ruling and the opposition, which has been missing in previous legislative sessions.” Vijai added that “a speaker’s role is to encourage debate but should avoid taken unpopular stances in the course of his tenure.”

Sardesai stated “I have observed over the course of my three terms as MLA, speakers despite being good performing MLAs do not get re-elected, as they face unpopularity from the people over their actions and decisions during assembly sessions.”

Vijai Sardesai’s remark immediately saw the newly elected BJP government spring into action asking the speaker to make the Fatorda MLA withdraw his statement.
However, in a reply back, Sardesai hit out saying “this culture of withdrawal must end, and it is because of this withdrawal attitudes, speakers in the past have not been re-elected.”

In his closing remarks, Sardesai reminded the speaker that even in the first parliamentary session of India, Pandit Nehru promoted a healthy parliamentary democracy and urged the opposition“to have its say.”