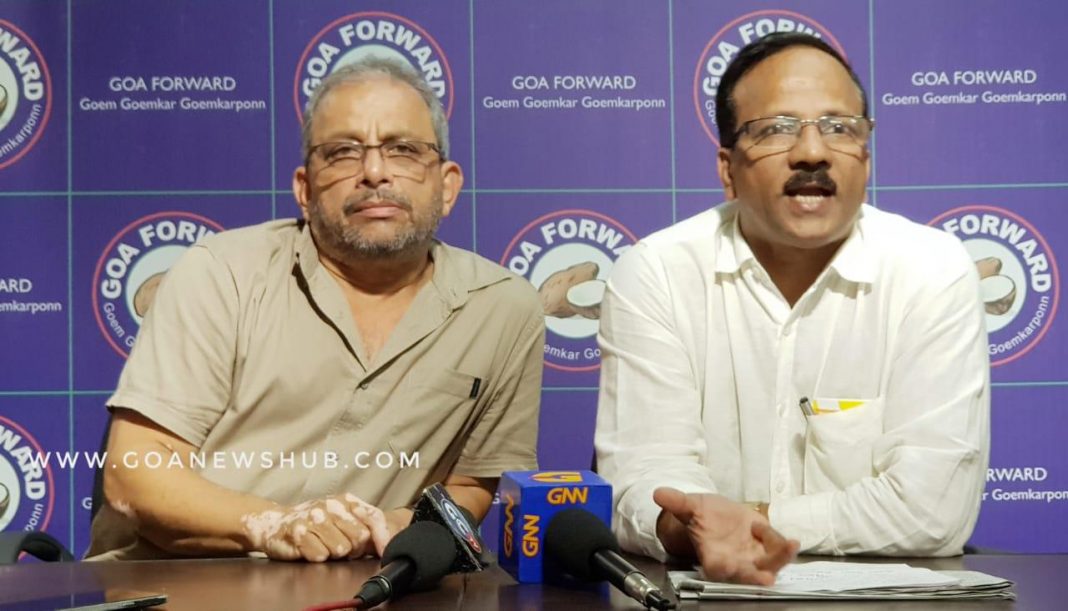 Panaji: Goa Forward Party today said that the Congress was trying to create controversy over the non-issue of amendment to Town and Country Planning Act.

GFP Spokesman Prashant Naik said that the Congress which is currently criticizing Manohar Parrikar-led government for case to case basis applications for conversion of zone has done similar thing in the past.

Naik said that the amendment to TCP Act was done to do away injustice meted out by Congress during their tenure to middle class families with small land holdings.

He said that the entire process will be transparent and those who will apply for change of zone will have to follow up the procedure.

“There is no secrecy in the process. It is open and proper procedures will be followed,” Naik said. He stated that everyone will have to officially apply if they want to change the zone.

“When actual changes in zone will happen, that time you will come to know who are the beneficiaries,” he said talking to mediapersons in presence of party leader Dilip Prabhudesai.

He said that the amendment to TCP act was because in the Regional Plan 2021, around seven crore square metre of land was converted from settlement to no development zone, putting common people to hardship.

Naik questioned why Congress leaders were silent on the floor of the House when Amendment was passed. He also asked why Leader of Opposition Chandrakant Kavlekar is not making statement on the issue, while GPCC Chief Girish Chodankar is taking it up.