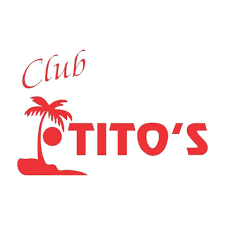 Panaji: The Goa Coastal Zone Management Authority (GCZMA) has issued a show cause notice to Tito’s club and Mambos for alleged illegal construction of structures in the No Development Zone (NDZ) in violation of Coastal Regulation Zone (CRZ) norms.

The show cause issued on February 28 is returnable by March 15, failing which the authority has warned to demolish the structures.

The notice is been issued based on a complaint filed by social activist Kashinath Shetye and seven others on September 24, 2018, with regard to illegal construction of structures in NDZ for commercial purpose in Survey No 243/15, 243/1 and 245/2 in Calangute village by Lucilda Maria D’Souza and David D’Souza. The complainant had stated that the said structures are being used for commercial purposes in the name ‘Tito club and Mambos’.

GCZMA Member Secretary Ravi Jha said that following a complaint, a site inspection was carried out by GCZMA expert members, who in its report, interalia has recorded observation depicting violation of CRZ notification.

“All proposed re-construction, construction, development and repairs between within 200mtrs to 500mtrs from Sea, other permissible activities, require the prior approval of the GCZMA under the CRZ notification 2011,” Jha said.

“And whereas, the alleged construction appears to be without any prior approval of GCZMA as required under the notification,” he added.