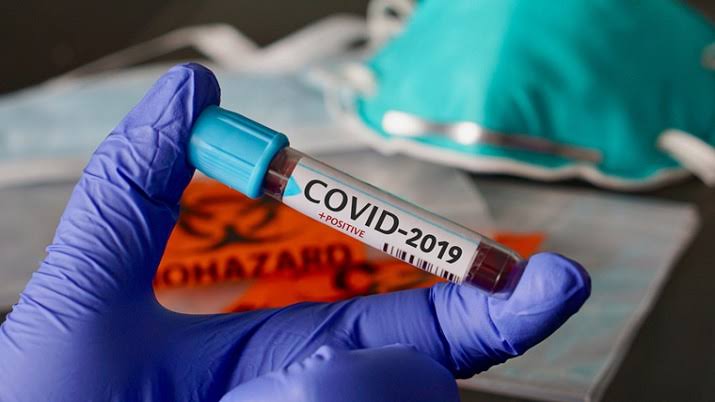 Panaji:  Four passengers who had arrived to Goa on a train from Mumbai on Sunday has tested positive for COVID-19 infection, raising the tally of total active cases in the coastal state to 26.

State health minister Vishwajit Rane confirmed that out of hundred samples of the passengers from Mumbai-Goa train, which were tested, four has come positive during the TrueNat testing (rapid testing).

The samples are sent to Goa Medical College and Hospital’s virology lab for final confirmation, he said.

With these four cases, the number of COVID-19 positive cases detected on Sunday has gone up to 13. Overall active cases in the state has touched a mark of 26.

The fresh infection has come from the train that arrived on Sunday from Mumbai.

“All the 26 patients have been admitted to a specially-designated COVID-19 hospital in Margao town,” Rane said.

On May 1, Goa had been declared as green zone after all the seven COVID-19 patients previously found in the state recovered. However, the coastal state has witnessed a spurt in the number of cases over the last few days.

However, Chief Minister Pramod Sawant has claimed that there is no community transmission in the state.

Earlier during the day,  six passengers from the Rajdhani Express train that arrived on Saturday have tested positive during last 24 hours.

Three workers, who were brought to Goa from neighbouring states as a part of resumption of industrial units, have also tested positive, the official said.

During the day, the state tested 1,097 samples that were drawn on Sunday. Of them 623 tested negative, while thirteen were found positive, the official from State Health department said.

The state government swung into action after passengers of the Rajadhani Express, which arrived on Saturday, tested positive.

State Health Minister Vishwajit Rane said the co- passengers, who travelled with the positive patients, have been taken to institutional quarantine of 14 days.

The state has moved to strengthen its testing facilities by installing additional rapid testing (TrueNat) machines at its district hospitals in Margao, Mapusa and sub district hospital in Ponda.