Four different faces coming together to form government is a problem: Dipak Dhavalikar 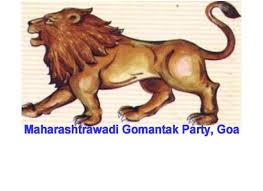 Khandola: Even as MGP is all set to revive its base in various assembly constituencies post-Ganesh Chaturthi, party president Dipak Dhavalikar has lambasted the State government for failing on the developmental front.

Addressing workers at Khandola recently, Dhavalikar has said that the four different faces coming together to form the government has created problems.

“You all know what has been happening in the State government. This kind of things happen when four different kind of faces from all the different directions come together,” he said.

“But still we are with the government. We have supported the government. But I appeal Chief minister and other ministers to solve the issues which are affecting Goa,” he said.

Dhavalikar was speaking during an event to re-induct leaders from Priol Assembly Constituenc who had left the party during last election.

Previous articleAmidst political happenings, Parrikar leaves back from America
Next articleManohar Parrikar lands in India from the USA