Amidst political happenings, Parrikar leaves back from America 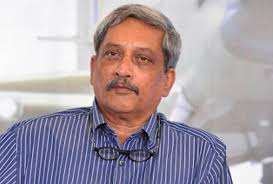 Panaji: Amidst political happenings spanning from Panaji to Delhi, Goa Chief Minister Manohar Parrikar will be leaving from the USA tonight, almost two days before his scheduled departure from the West where he has gone for his medical treatment.

“CM would be landing in Mumbai tomorrow at 3 p.m. from the USA and will be in Goa at 5 p.m. He will be boarding the flight from America tonight,” said a senior officer from Chief Minister’s Office.

Kamat had however denied the news. He had shot back asking “have you lost it?”

What has propelled the activities is the fact that Health Minister Vishwajit Rane and PWD Minister Sudin Dhavalikar has rushed to Delhi.

We will bring you more details as and when we get further confirmations.

Previous articleComplaint filed against Dhaku Madkaikar for assaulting a panch member
Next articleFour different faces coming together to form government is a problem: Dipak Dhavalikar