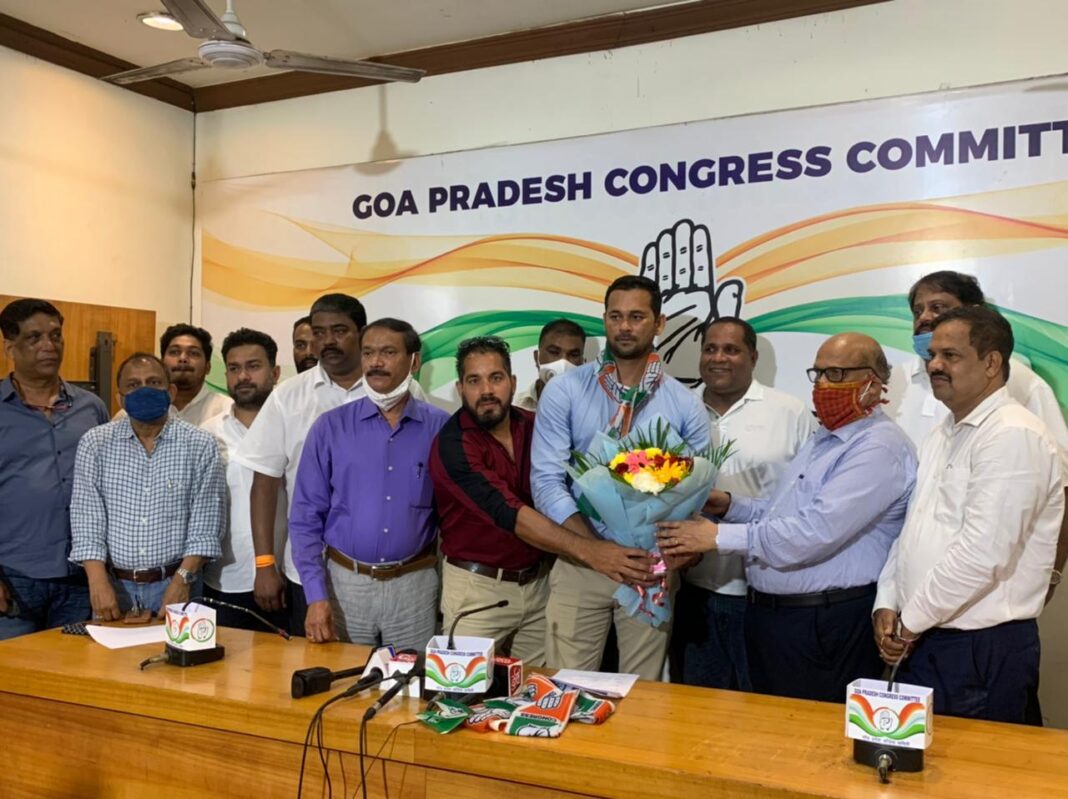 I am confident that the entry of cricketer Robin Dsouza will help building team spirit in the Congress party on its March towards victory in 2022. It is sad that the BJP government led by the Chief Minster DR Pramod Sawant has focused on giving illegal job opportunities to the family members of the BJP depriving the eligible Goan candidates . Today the jobs are on sale and the conspicuous silence of the government on the first ranking of the son of speaker Rajesh Patnekar in GPSC exams speaks volumes ,we demand that government must clarify on the same ,stated GPCC president Gisrish Chodankar .

The entire Goa today speaks in one voice of Congress government coming back to power in 2022. No force will deter our commitment to form the people friendly government, said leader of opposition Digamber Kamat.

Previous article84 new infections, three died  due to covid-19 in Goa on Friday
Next article‘Festival of Electronics’ Sale is back at Reliance Digital with a host of Incredible Offers