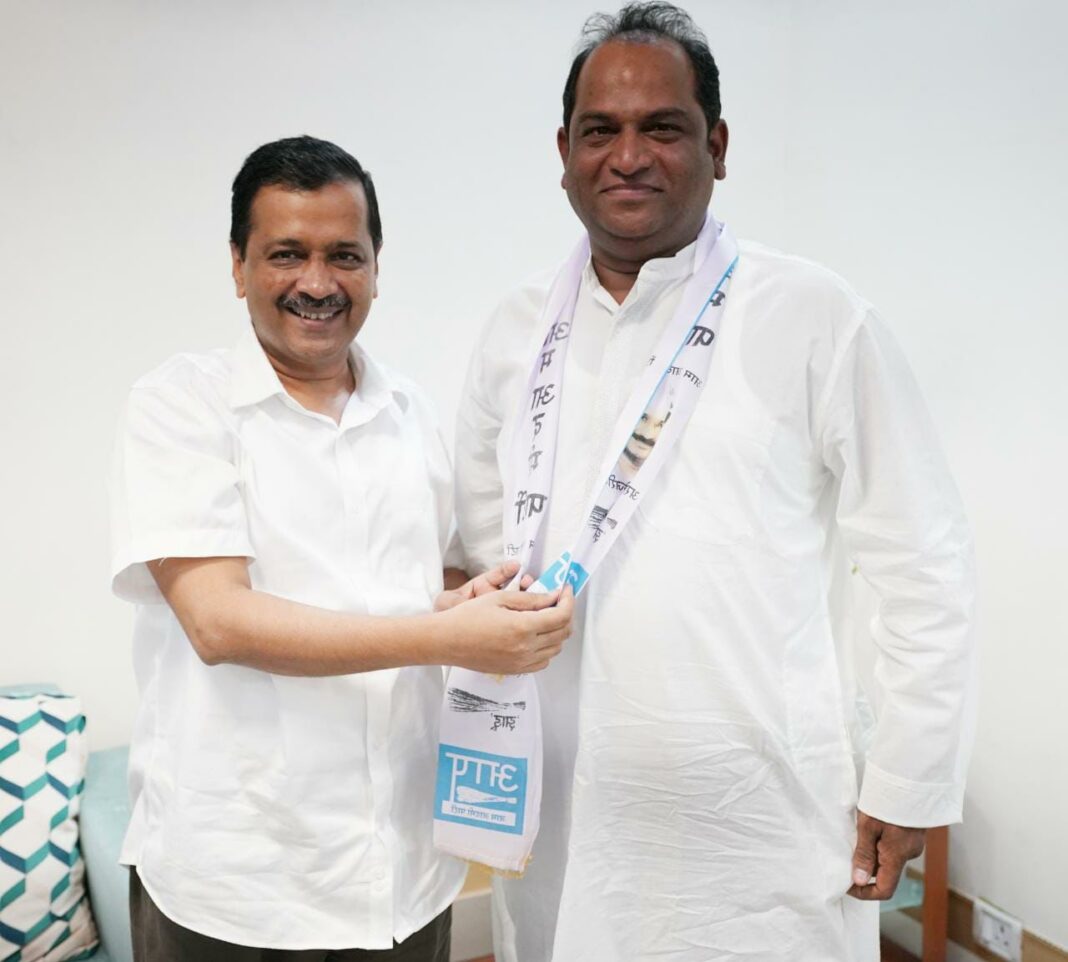 Nanoskar had first stood for elections at the age of 27 at the VAsco MMC and won the 2010 councilor elections by a huge margin and was also elected it’s Vice Chairperson, he has also contested in 2012 and 2017 Assembly elections from an MGP ticket . Nanoskar known for his social work in the area is well known for helping residents get benefits of Govt schemes and helping Taxikars who form a large part of the constituency.

Nanoskar said he was attracted to Arvind Kejriwal’s first two promises regarding electricity and jobs. He said that AAP was genuinely working on issues impacting Goenkars. While AAP has fulfilled all it’s promises under the Kejriwal Sarkar the residents of Dabolim have been made to suffer for their basic needs by both the BJP and Congress. Nanoskar state that the lockdown’s impact has affected the youth of Dabolim. Many who work as Taxikars have lost a large amount of livelihood. Others are unable to find adequate paying jobs despite being very well qualified. Apart from this the lack of 24/7 electricity and proper water supply is harming Goenkars standard of living and no party but AAP seems to be interested in solving it.

“Dabolim’s youth have been left behind by the present Govt as they are not getting jobs. Even those who have been self employed as Taxikars have suffered due to the lockdown. The Sawant Sarkar has completely ignored them during the lockdown. The youth of Dabolim are attracted to Kejriwals Job Guarantee, especially the support to those who have lost tourism jobs in Goa” said AAP Leader Premanand Babu Nanoskar. “Ever since I joined AAP I have been inundated by calls from my voters telling me I have made the right choice by joining AAP” added Nanoskar

“We welcome Premanand Babu Nanoskar to the party. Goenkars of all hues are joining AAP as they know only AAP can change Goa’s politics and provide hope to the youth” said AAP Goa Convenor Rahul Mhambre