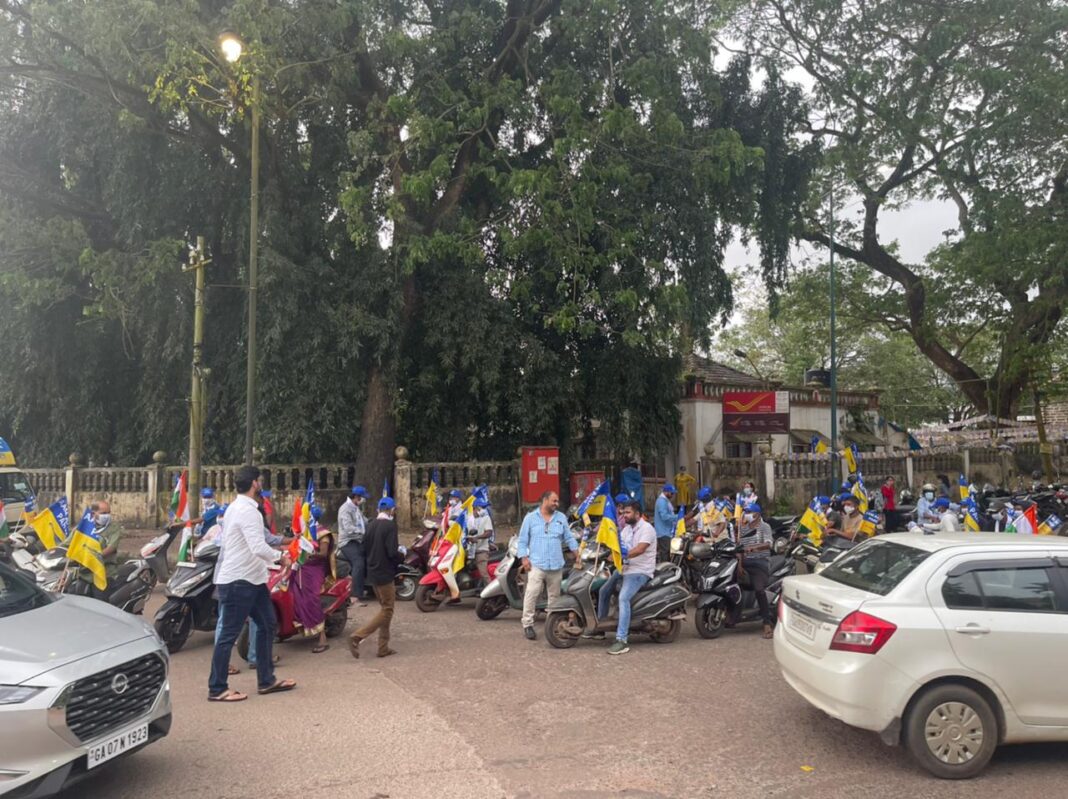 The Aam Aadmi Party’s Rozgar Yatra spread its wings further today at Cumbharjua and Maem which was attended by 100s of residents. The Yatrah took Arvind Kejriwal Job Guarantee to the grassroots. After the Yatra Booth level meetings were held which has attracted 100s of residentsof these areas and 100s of AAP volunteers. The Rozgar Yatra by AAP, has taken the issue of employment to the ground practically to the homes of every Goan.

Goan youth are distressed, disturbed because of widespread unemployment. There are no sufficient employment opportunities, even though their parents have heavily invested in their education. Poor families who cannot afford education have got their kids educated by struggling, yet these kids don’t have jobs. The Pandemic has worsened the entire situation, due to which many families have run out of resources.

In Maem residents are suffering due to the mining ban. Since the year 2012, the Mines were closed because of the 35,000-crore scam under the Congress Government. The present BJP government has not taken any action on the scam and the BJP bought Congress MLAs who were part of the party behind the same. Maem which falls in the mining belt, has as a result suffered high unemployment. The residents have incurred great losses as many of them had invested in trucks for transportation of ore, some were unable to pay the loans taken for these vehicles

The Cumbharjua Yatra was lead by party Assembly Incharge Gorakhnath Kerkar,. “The Youth of Cumbharjua are frustrated with the BJP Govt for failing to provided them jobs. The Youth have faith in Arvind Kejriwals promise that every youth will be given employment after the formation of the AAP government and till the employment is not provided, one youth of every family will be given Rs.3000 per month. Arvind Kejriwal had announced that 80 percent of jobs in the private sector will be reserved for the youth of Goa. “ said Kerkar

Mahesh Volvoikar AAP Leader lead the AAP Rozgar Yatra. “Arvind Kejriwal’s promise of providing employement to all the youth and lifting of the Mining Ban have attracted a lot of people to . Due to the closure of mining and also due to the pandemic most people of Maem have faced great difficulty.” Said Volvoikar. “If AAP is brought to power, families affected by the mining closure will be given INR 5000 till mining is restarted. The residents of Maem are fed up with the BJP and Congress, due to the corruption that has crept into every sector. “ added Volvoikar.