Congress continues suspense over pre-poll ties, claims it is getting battle ready in all 40 constituencies 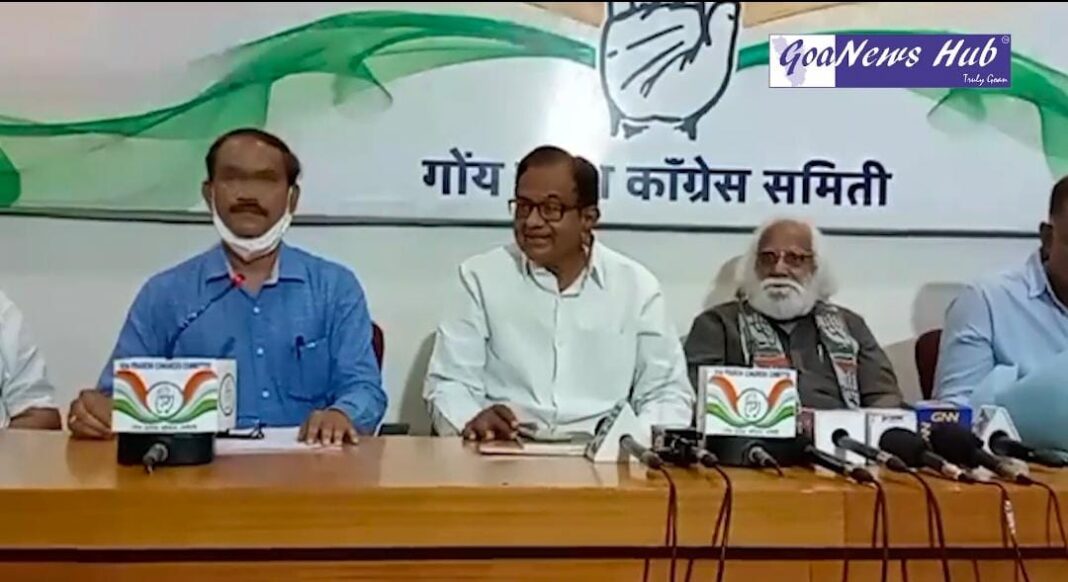 Panaji: Senior Congress leader P Chidambaram on Tuesday continued suspense over the possible alliance with the like-minded parties for upcoming Goa Legislative Assembly election claiming that “present effort is to get party battle ready in all the 40 constituencies.”
Chidambaram’s statement comes a day after Goa Forward Party had announced that it will be forming alternative alliance by Diwali as main opposition party, that is Congress. The GFP President Vijai Sardesai had said “we cannot sit idle forever and waste time because of the inefficiency and indecision of others.”
Addressing a press conference in Goa, Chidambaram responded to the question on pre-poll alliance. He said “whenever a decision is taken you will be told about the decision.”
“As I have said our present efforts is to get our party battle ready in all the 40 constituencies and we are going about it in a systematic manner,” he added.
“Whenever a discussion begins or discussion ends, you will be told,” he told reporters.
When asked about the TMC’s advent in the state, Chidambaram said “I do not want to comment on other political parties. I can only speak about congress party.”
Chidambaram said that the congress party is the spirit of the non bjp opposition and congress party will contest this election with absolute confidence and will win the election.
“We will win the election, how we will win the election you will know later,” he said.