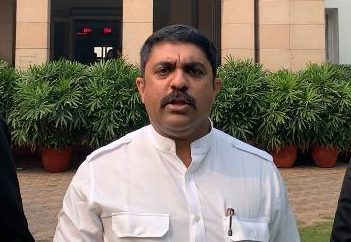 New Delhi: Goa Forward Party Chief Vijai Sardesai said after all party delegation meeting in the national capital, his fear that Goa’s interest were being sacrificed at the altar of Karnataka’s by polls in the form of Mhadei issue has turned true.

In a statement issued here, Sardesai said “my fear that on Mhadei issue, Goa’s interests were being sacrificed at the altar of Karnataka’s bye polls, turned out to be true after the All Party Meeting held with Union Environment Minister Prakash Javdekar.”

“The minister’s stand that the approval for the diversion of Mhadei water was done by a “low level officer” clearly appears to be hollow as there is no justification for the tweet by the minister & a thank you by Dharwad MP & Union Mines Minister Prahlad Joshi.”

“The assurance to the All Party delegation that the mischievous approval would be withdrawn in 10 days, which coincides with the nomination process of the byepolls vindicates our stand that Goa’s interests were being sacrificed for across the border political considerations. However the petition filed by the Goa Forward Party in the NGT will act as an insurance against any further mischief by “low level MOEF Officials” against Goa’s interests in the future,” he said.

“We are committed to Mhadei & have kept our commitment to the Goa people to knock the doors of the judiciary for justice to Goa. We have filed the 133 pages comprehensive petition on the first day after Hon NGT has opened after vacations. I am not elaborating on it since it is now filed and with the Hon NGT,” he added.