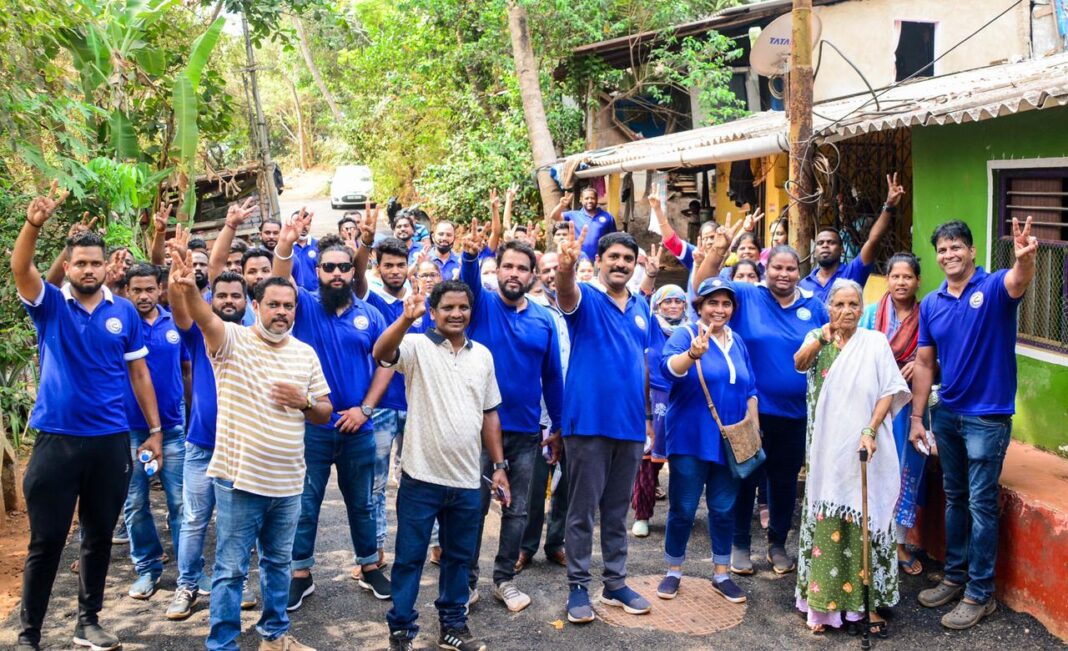 Goa Forward Party President Vijai Sardesai, during his door-to-door campaigns across Fatorda for the Margao Municipal Council elections, said, “the GFP supported Fatorda Forward panel will bring excellence, innovation and character to benefit all residents of Fatorda.” Campaigning today in Ward 23, Sardesai introduced and supported Nimesia Faleiro, calling her “Fatorda’s daughter who has beyond a shade of doubt won the love and support of all the residents of the ward.”

He said “Faleiro is a true Fatordekar who represents the values of Goemkarponn—dignity and selfless service to the people irrespective of their background.” Vijai pointed out that “Nimesia has always put the people’s needs above her own, and her hard work and selflessness was most evident during the height of the COVID-19 pandemic when Goa was in its first lockdown.” Sardesai lauded Nimesia’s enthusiasm and her ever ready attitude as symbols of hope and sacrifice amongst the candidates.

The Fatorda MLA reiterated that the Fatorda Forward panel will pursue an agenda of making Fatorda ‘Future Ready’ and has decided on the most capable and hard working candidates across constituencies. Sardesai said “like Nimesia we have fielded the right candidates who understand the people and are amongst them always. We believe in ‘development by consent’ and that is a core element to our approach.”

Vijai Sardesai said that Nimesia Faleiro’s symbol for the MMC polls is the ‘Almirah’, urging the residents of Ward 23 to vote in large numbers for her. “The love and support of the people will always be treasured in her Almirah”. Vijai added.

Vijai Sardesai stated that innovation and excellence will defeat the BJP in the upcoming polls, and that he is proud of all his candidates fielded by the Fatorda Forward panel. Commenting on the recent Margao Civic Alliance with Digambar Kamat of the Congress Party, Sardesai said, “we have come together as one Team Goa to save Goa now.” Vijai added that “unity, resilience, and courage are qualities that make us stronger than our opposition, and people across Goa have embraced Team Goa as a true and viable force against the anti-Goemkar BJP.”